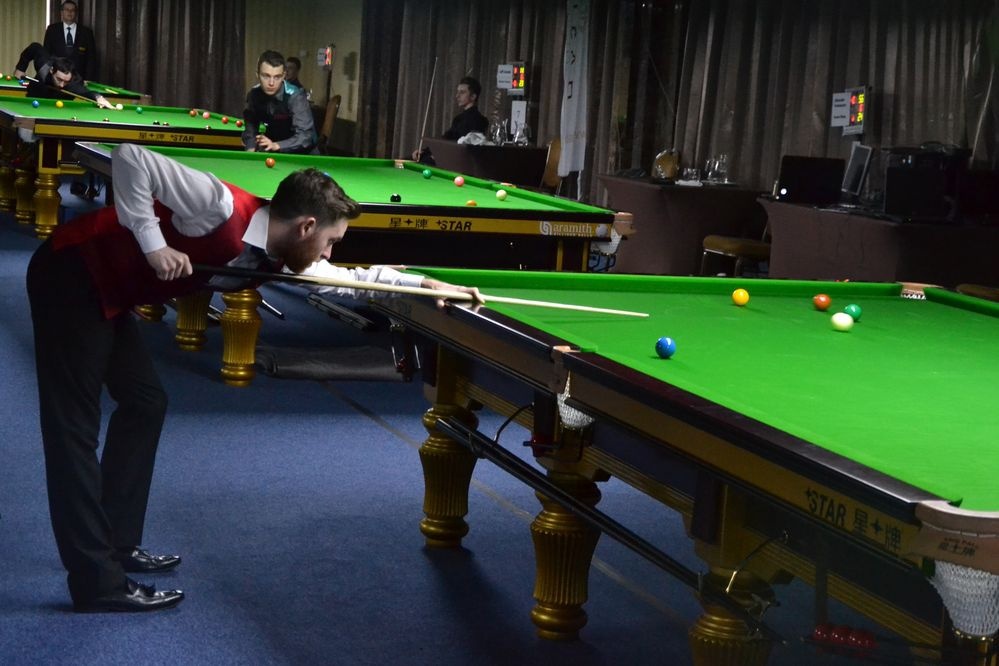 A 100 per cent Welsh semi-final is scheduled for Saturday morning in the first semi-final of these 2016 EBSA Men European Snooker Championships at Wroclaw after 2015 runner-up Jamie Rhys Clarke beat polish star and his good friend Adam Stefanów in the decider.

Trying to get his second Grand Final in a row Clarke will face his fellow countryman Rhydian Richards best of 11 frames. Richards beated the Belgian Tomasz Skalski by 5 frames to 2 to assure his presence in last four battling to lift the cup.

Estonian star Andres Petrov also assured his second presence in a row in the semi-finals of the European championships by defeating Scottish Michael Collumb in a clear 5 frames to 1 match.

Welshman Jak Jones (pictured] and local Kacper Filipiak still battle for the last place in the semi-finals, to be played starting 10 a. m. local time on Saturday.

If Jak Jones wins Wales gets three of the four seats: they’ve already assured they will have at least one player in these 2016 Men European Snooker Championships at Wroclaw.