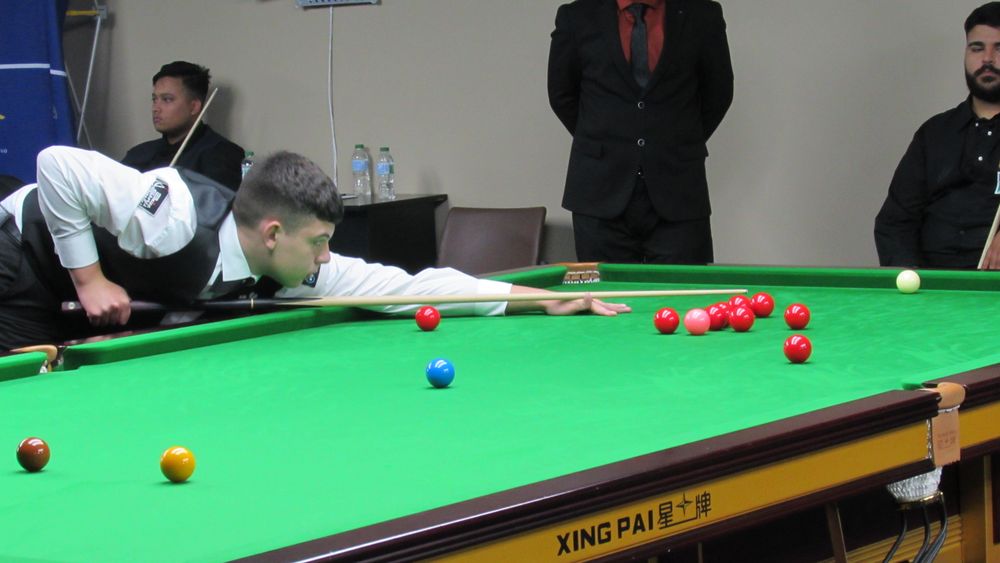 Wales flag shines high at the U21 EBSA 2021 EBSA European Snooker Championships quarterfinals with a clash between Liam Davies and Dylan Emery to be played best of 7 frames from 7 p.m. this Wednesday at Albufeira’s Vidamar Resort Hotel Algarve.

2021 Belgians U18 european champion Ben Mertens and runner-up Julien Leclerc still keep their hopes of getting another Belgium double on the U21 event Last 8 survivors.

Besides the pairs from Belgium and Wales, also Austrian Florian Nussle, Ukraine’s Anton Kazakov, Poland’s Antoni Kowalski and Aidan Murphy from England are still dreaming of lifting the cup and succeed Ireland’s Aaron Hill as the new U21 european snooker champion.

Proving they’re getting there younger everytime, a curiosity: Dylan Emery and Florian Nussle are the exceptions in this last 8 competitors in terms of age and youth – all the other six are stil under 18 and could have played the previous event.