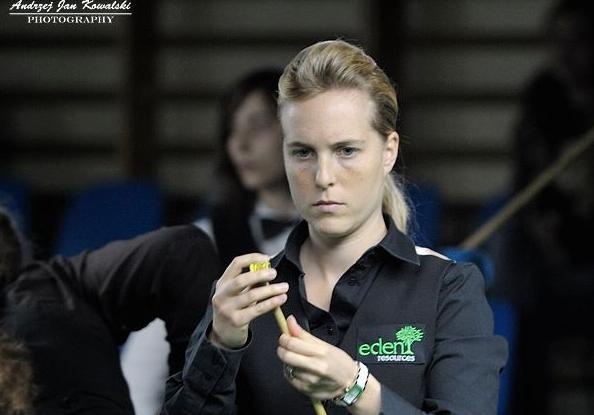 Wendy Jans was in awesome form this morning in her quarter finals match against Belarussian player Yana Shut knocking in breaks of 42 in the first, 46 and 39 in the second frame, 38 and 37 in the next frame and she finished off with a 43 in the last to reach the semi’s.

She will now face defending champion Tatjana Vasiljeva who won her match 4-2 against Poland’s Ewa Pawinska ending the host country’s involvement in the tournament.

In the bottom half we had an all Russian affair with Irina Gorbataya facing off against Daria Sirotina and it was Irina who opened up with a 33 to take the first frame. Daria however knocked in 40, 44 and 33 to take the next three frame and she closed out the final frame 62-23 to seal the win.

She will now face her teammate from their European Team Championships win earlier this year Anastasia Nechaeva after she overcame Matla’s Roberta Cutajar 4-1. It was Cutajar who too the first frame but breaks of 31 and 45 took the next two frames and she won the final two frames with ease to progress to the semi’s.

Matches start at 4pm in the Semi Finals of the Ladies.