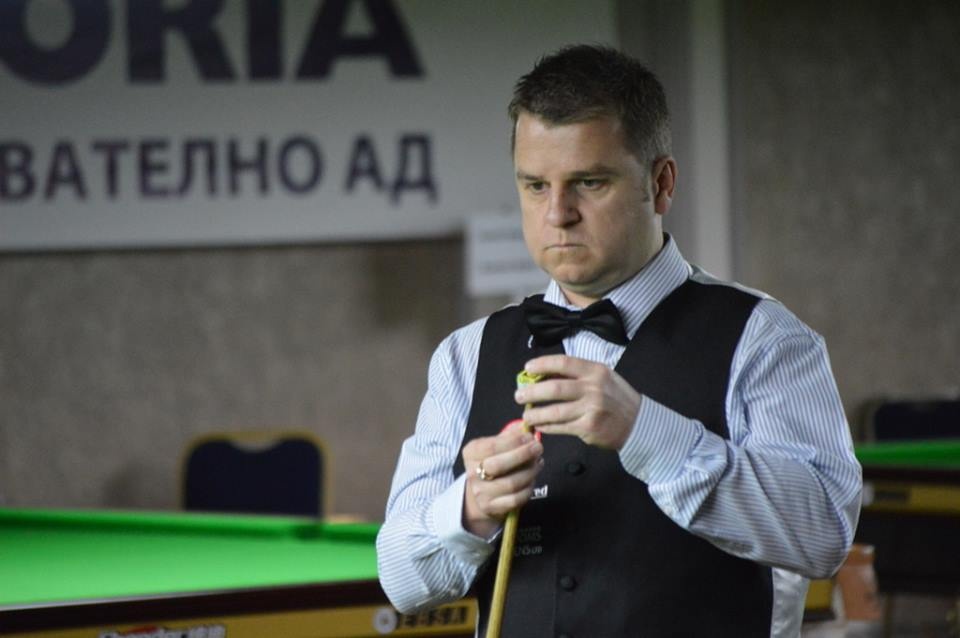 Another win on the board for John Whitty in Group L with a superb 90 break in the final frame of his 4-1 win over Zsolt Fenyvesi of Hungary to make it four wins from four and guanenteed top spot in the group.  He now lies just ahead of Austria’s Paul Schopf who is now on three wins after he beat Ivan Kupov 4-1.
Bulgaria’s Georgi Velichkov kept his chances of qualifying alive this afternoon with a 4-0 victory with included a 71 break in the first frame against Lithuania’s Tomas Puodziunas in Group N. Also in Group N Joris Mass went joint top of the group temporarily at least with a 4-0 win over Jurian Heusdens of Belgium.
In Group K, Scotland’s Gary Thompson has also put himself in contention for a No.1 spot in the groups after he saw off George Louka 4-0 this afternoon. A 68 break in the first frame helped him off to a good start and now he’s joint top with Sascha Lippe and will play him tomorrow to decide the group winner.