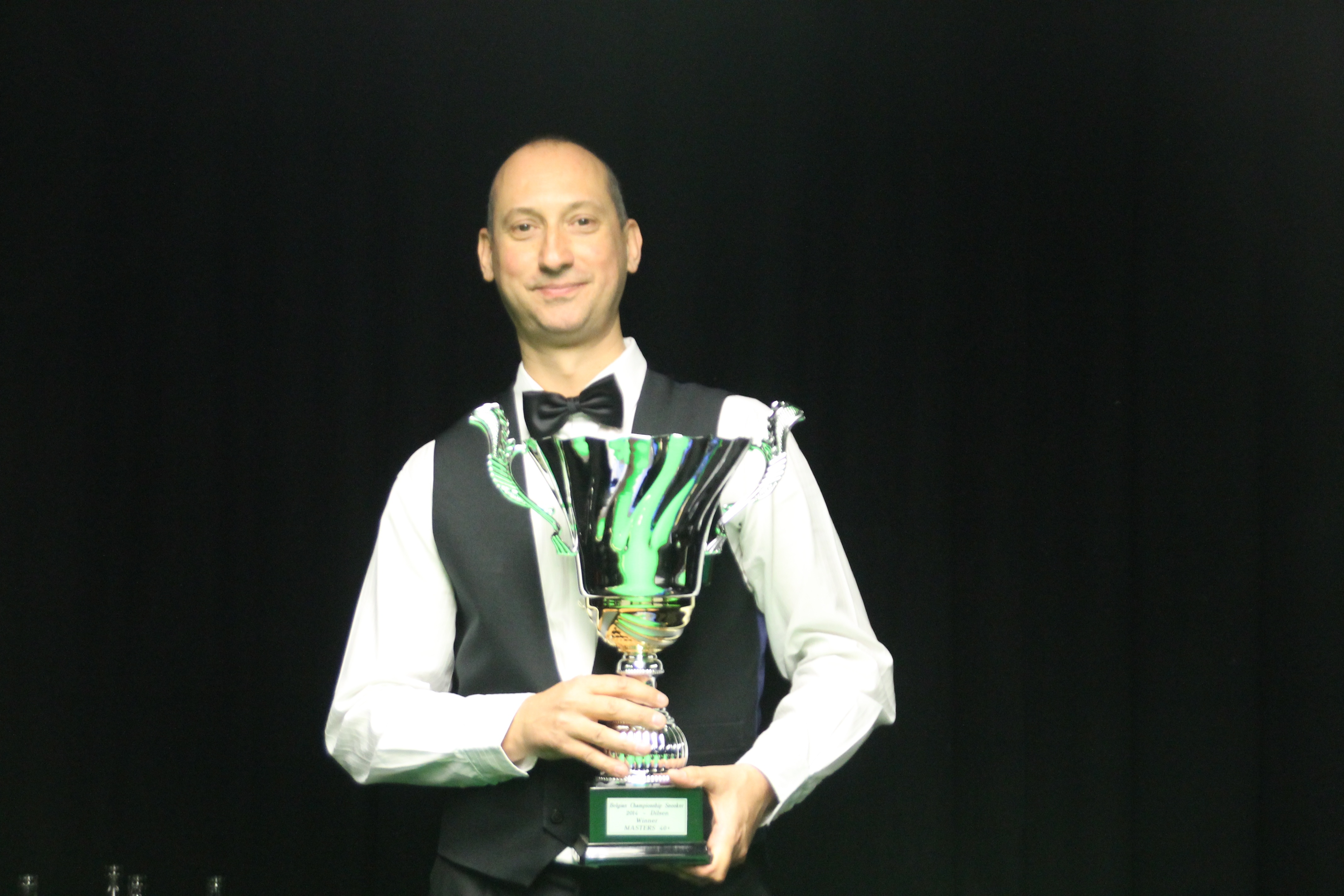 Last weekend the 2014 Belgian Masters Championships was played to a conclustion. After playing the whole season in the national and regional master rankings trying to qualify for the national championchips all 32 qualifiers went to Dilsen to compete in the national masters finals.
The level of play was off a very high standard with lots off high breaks. Peter Vertommen had the high break of the tournament of a  105. 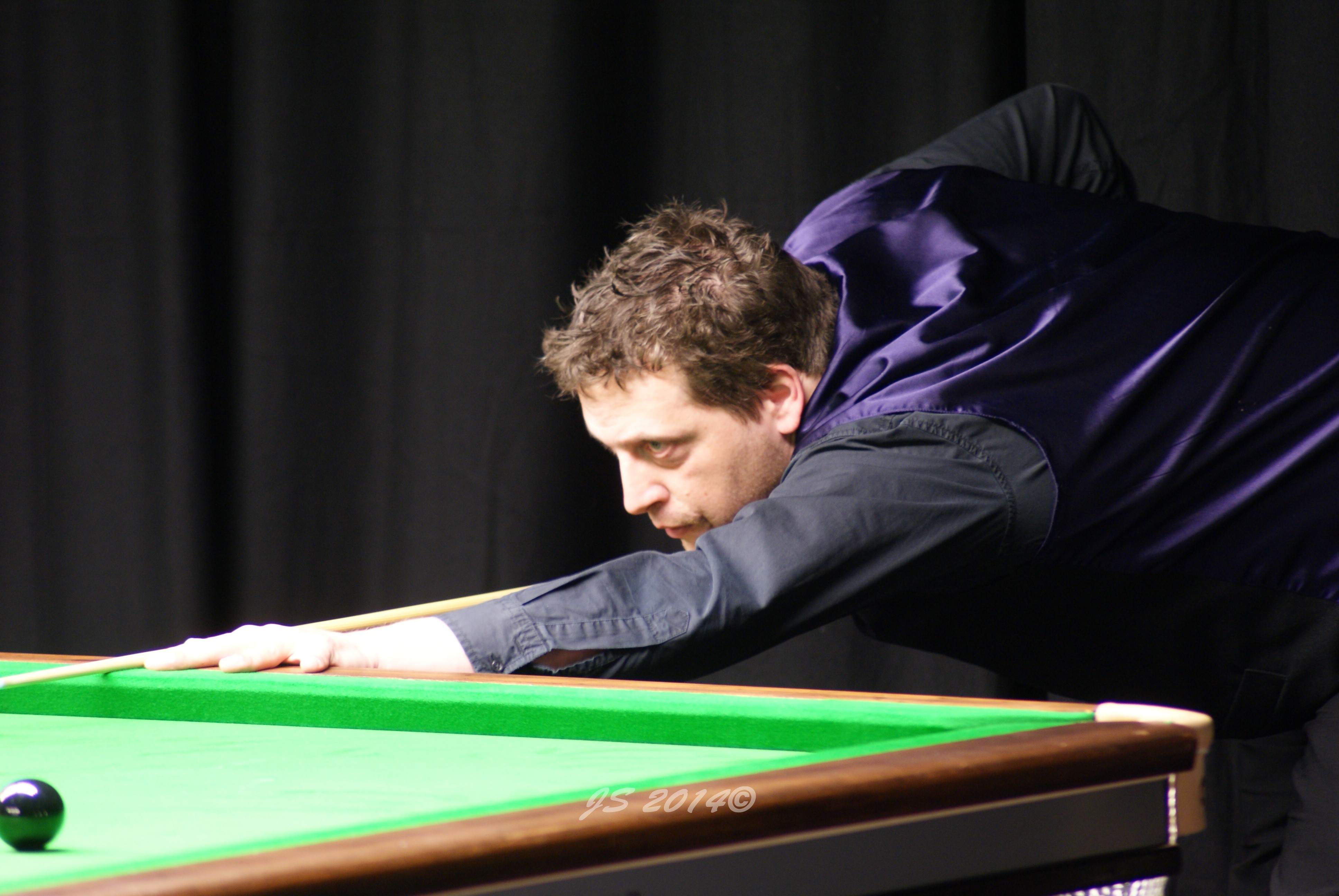 In the last 32 there where no big surprises. Van Velthoven showed good form making breaks of 69,89 and 45 to beat Eric Maes 3-0 .
In the last 16 defending champion Alain Vandersteen easely secured his place in the quarter finals after beating Gino Verheyde 3-0. Alain made breaks of 47, 85 and 45. Rene Hemelsoet faced a tough opponent in Tom De Wit. Rene won the opening frame, Tom won the next two to get 2-1 in front. Rene then made breaks of 42 and 40 to win 3-2. 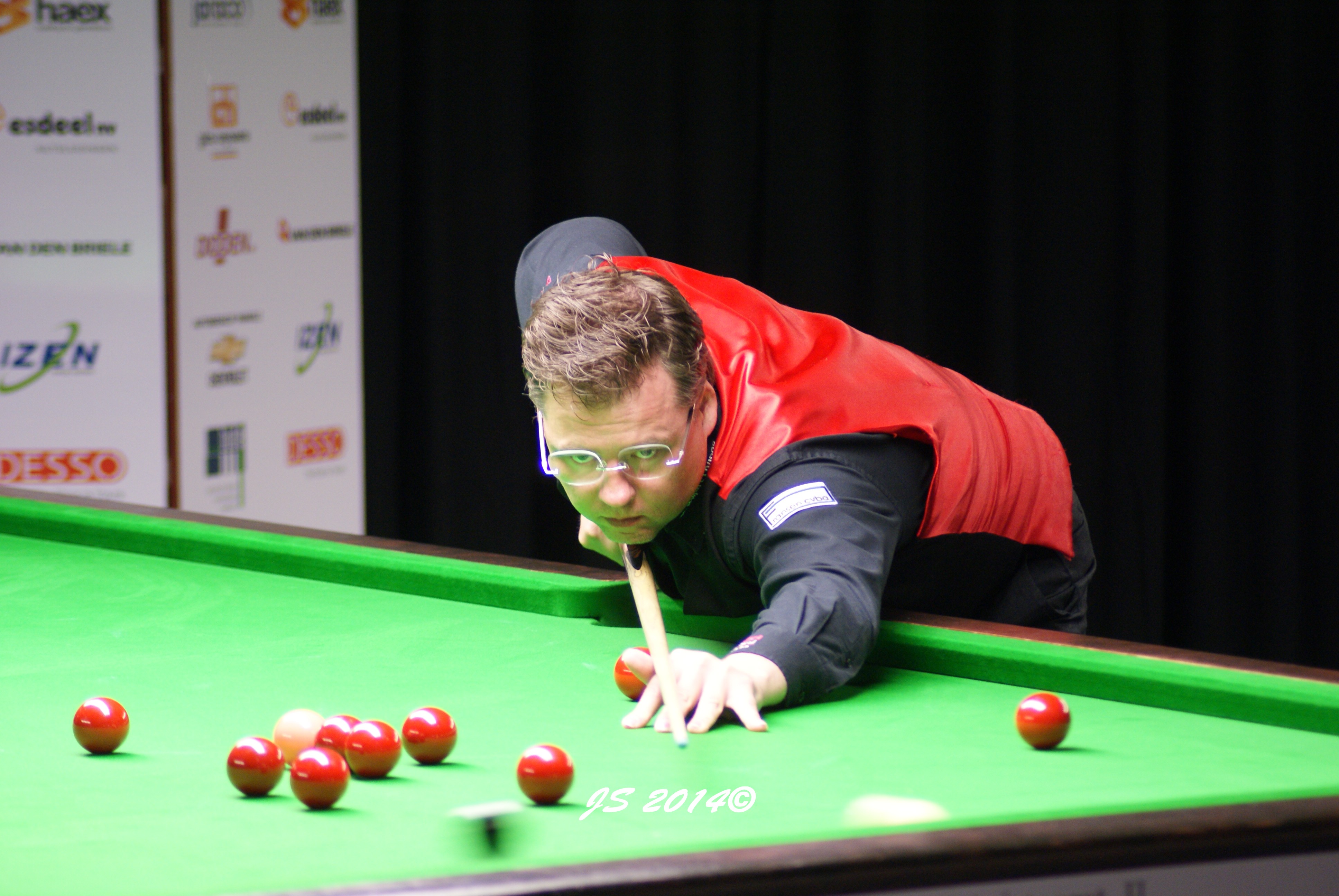 In a very close match between Guy Hendrickx and Luc Heirewegh, Guy emerged to be the victor. Despite a break of 49 from Guy in the first frame Luc managed to win the frame and Luc also won the 2nd frame to go 2-0 in front. Guy then won the next three with breaks of 40,37 and 35 to make it 3-2.
In the quarter finals Alain Vandersteen faced Rene Hemelsoet. Rene won the opening frame before Alain leveled the scores at 1-1 with a break of 43. Rene then made it 2-1. In the fourth frame Alain made a great break of 91 to make it 2-2. In a very close decider Rene managed to win the match 3-2.
Steve Lambrechts who is playing his second year in the masters had a strong 3-0 win over Guy Hendrickx with a top break of 81. 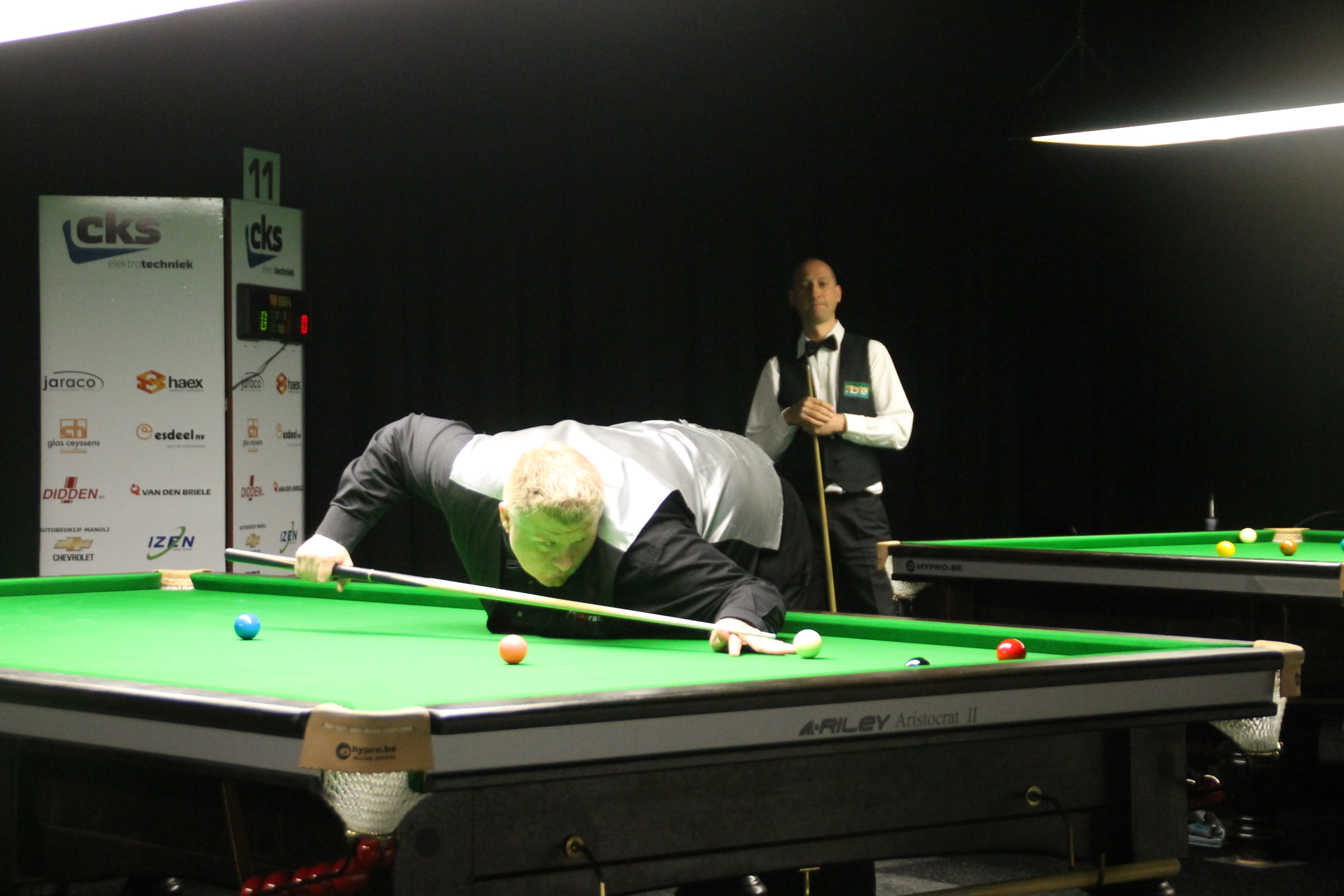 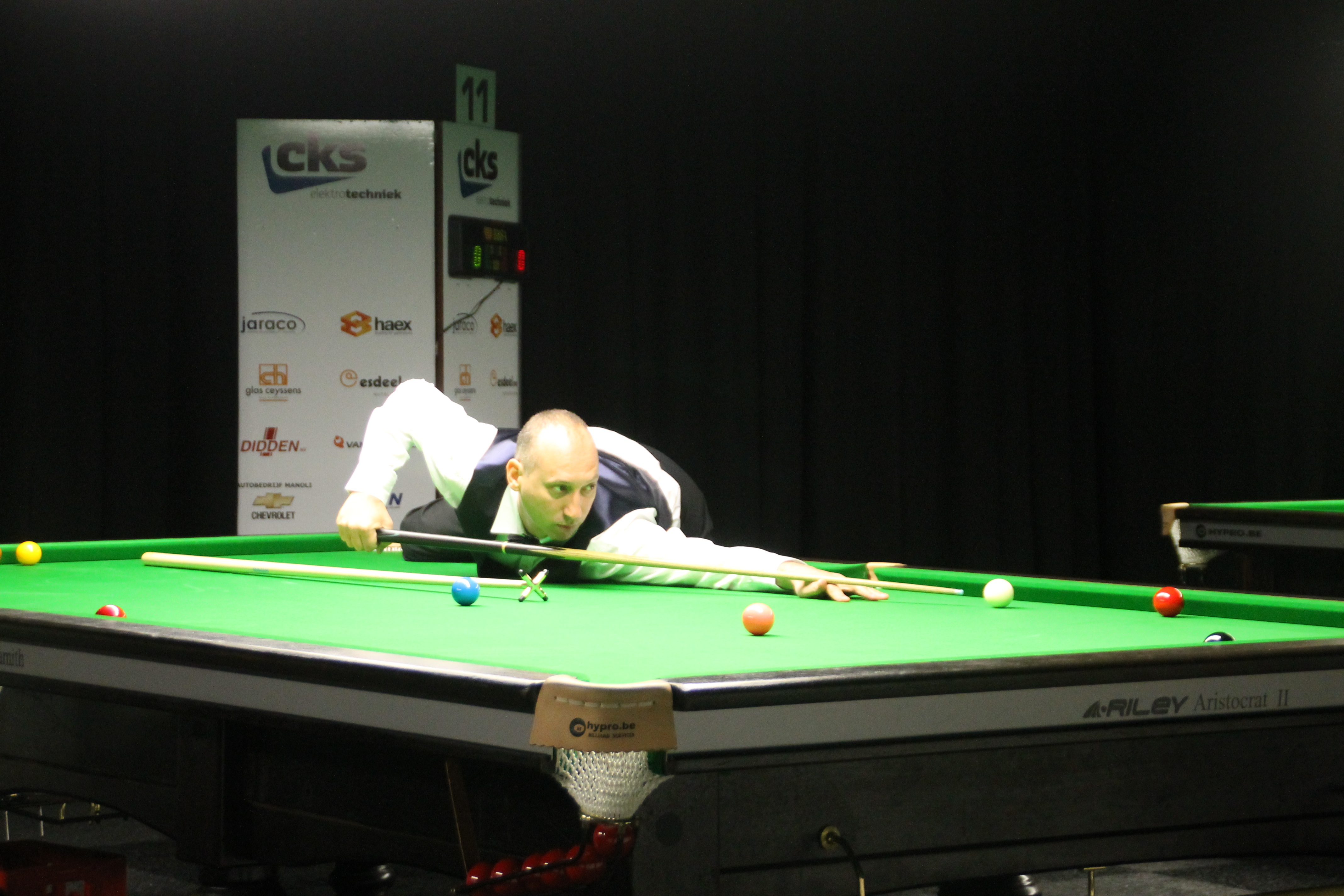 In the semi finals there were two very close matches. Steve Lambrechts beat Rene Hemelsoet 4-3 and Yvan Van Velthoven won by the same scoreline against Nick Vanhee. Nick won the first frame with a break of 40 before Yvan Leveled the score on the black in the second frame . In the third frame Yvan started with a 59 break before Nick replied with a 56 break and won the frame  to take a 2-1 lead. A break of 40 was enough for Yvan to level the scores in the fourth frame.  Nick then won the fifth frame to go 3-2 in front.  In the sixth frame Yvan made a break of 58 to level the match at 3-3 and then won the deciding frame to progress to the final with a 4-3 victory.
In the final Steve Lambrechts and Yvan Van Velthoven shared the first four frames to go into the interval 2-2. After the break Yvan moved up a  gear  to win the next three frames 32-82, 0-76 and 21-72 to win the Belgian Master title for the second time in 4 years. Another National title for Yvan after winning 4 times the Men, one time the under 21, twice the doubles and many times the teams National Championchips. 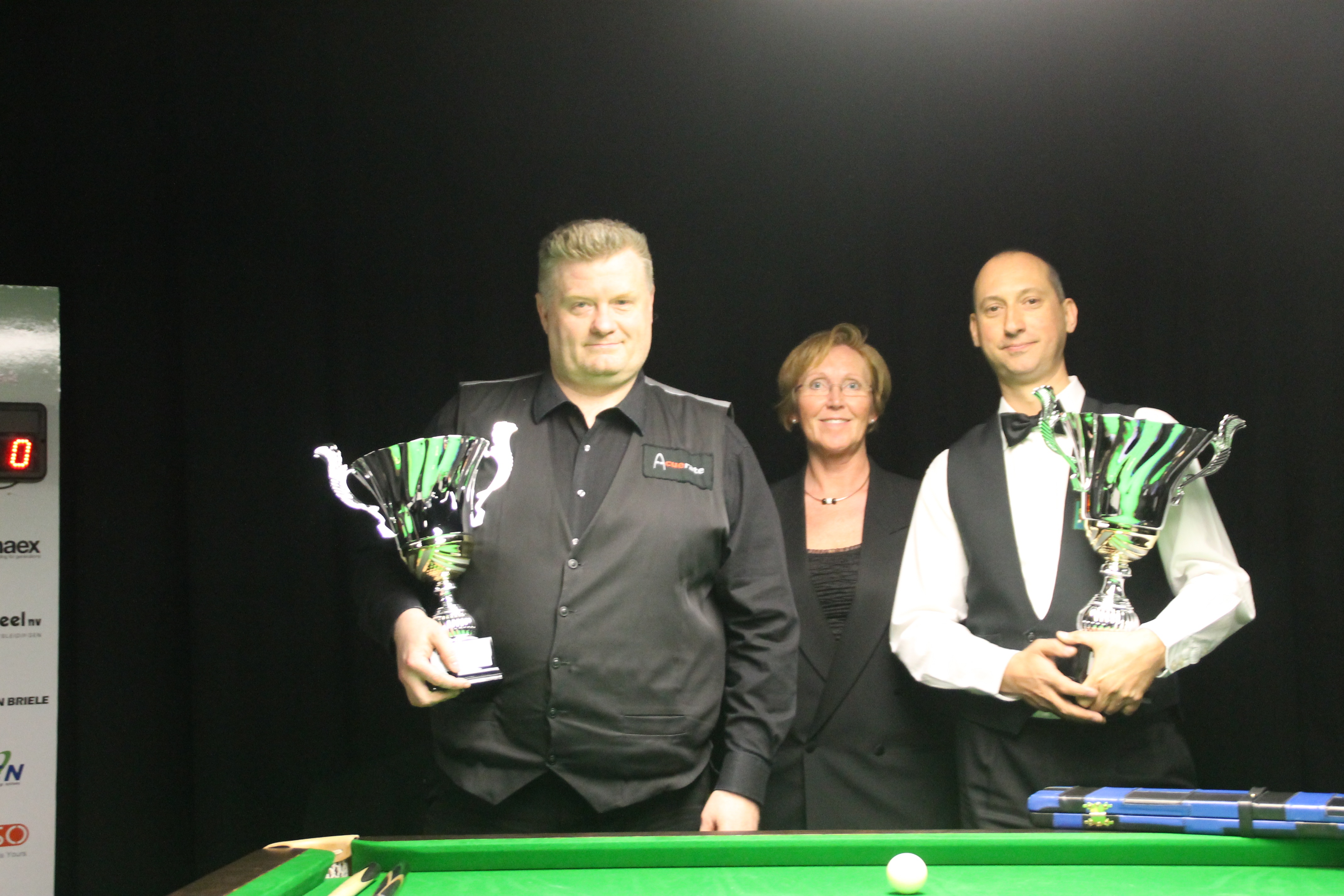