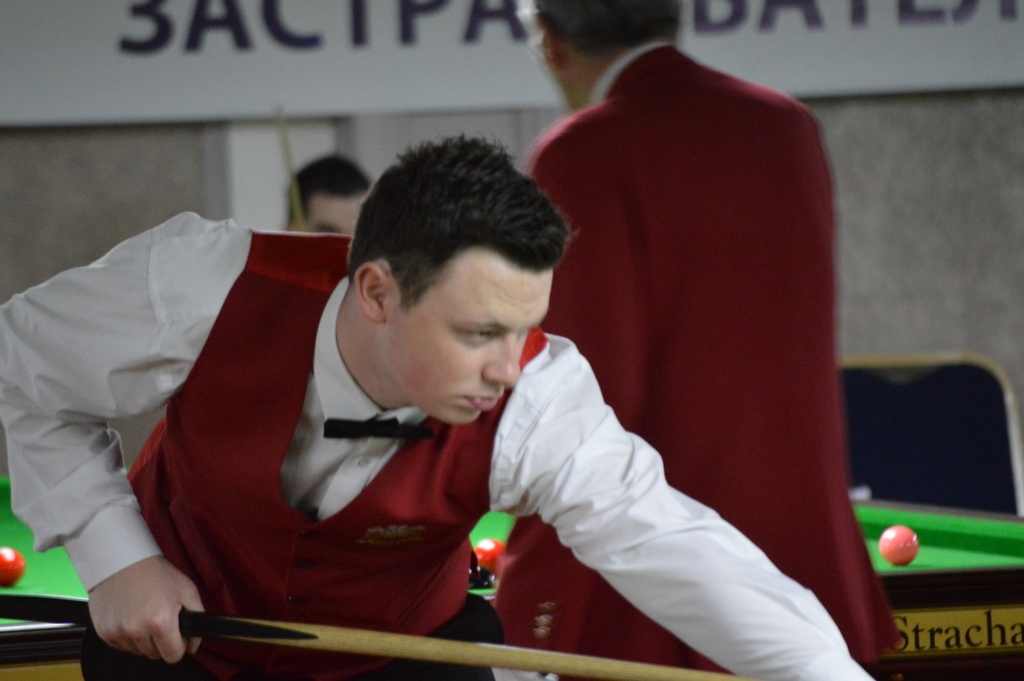 Welshmen Duane Jones and Alex Taubman were paired against each other here this morning in the Last 32 of the European Men’s Championships in Sofia but it was Jones who progressed thanks to a superb 5-0 victory.
The youngster was in fine form this morning as he knocked in breaks of 69 and 53 on the way to a 4-0 lead before banging in a superb 102 break in the final frame to complete the whitewash. Jones will now face Germany’s Roman Dietzel after he defeated Finland’s Jani Kananen 5-2.
Also in the top half of the draw despite Gareth Allen knocking in a great 103 break Turkey’s Soner Sari still managed to draw level at 2-2 after the first session this morning. The Welshman however pulled away winning the next three frame’s to secure the victory and will now face the winner of Mitchell Mann after he came back from 3-1 down against Sascha Lippe to win 5-3.
Ireland’s Josh Boileau came through a final frame decider 5-4 against Scotland’s Robert Carlisle this morning to progress to the Last 16.  Carlisle started the stronger early on, taking a 3-1 lead at the interval but with help of a 58 in the 6th frame Josh leveled the scores. Carlisle took the next frame 68-0 but Josh won the next on the pink to force the decider which he won with ease 68-12.
Josh now faces Austria’s Andreas Ploner after he knocked in breaks of 52 and 56 in the final two frames to come back from 4-3 down to beat Heikki Niva from Finland 5-4.
The final matchup of the top half see’s No.1 seed Jamie Clarke face Ukraine’s Sergiy Isayenko after Clarke beat Jurian Heusdens 5-2 while Sergiy came  through after he saw off the challenge of Polish player Krzysztof Wróbel 5-1.
The Last 16 takes place at 7pm local time.