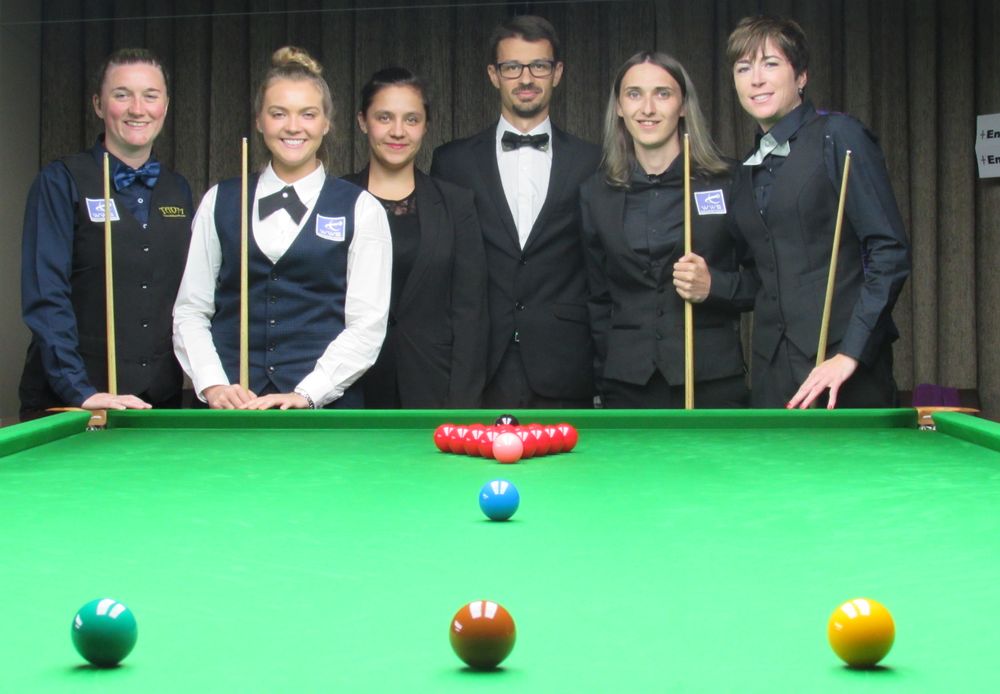 The 3 EBSA 2021 European Snooker Championships Team events finals (Men, Women and Seniors) are being played at Albufeira’s VidaMar Hotel Resort Algarve this Sunday afternoon since 2 p.m. with 5 nations dreaming with the gold instead of granted silver.

A all-England final in the Women Teams event is being played best os 5 frames, while in the tables aside at the Salgados venue a clash between Wales and Belgium, in Men Teams event, and Malta battling with Ireland in the Seniors Teams event – both being played best of 9 frames – are taking place, to distribute the last 6 medals (3 golds and 3 silver ones) of a total 36 in the nine events of this 2021 EBSA European Snooker Championships.

15 of 43 countries assured themselves already medals to take home 3 matches from the end of the competition. England leads the race with 6 podium’s so far but 8 assured in advance: 2 gold medals, 1 silver medal and 3 bronze medals… and still one gold and one silver still to come granted in the Women Teams event.