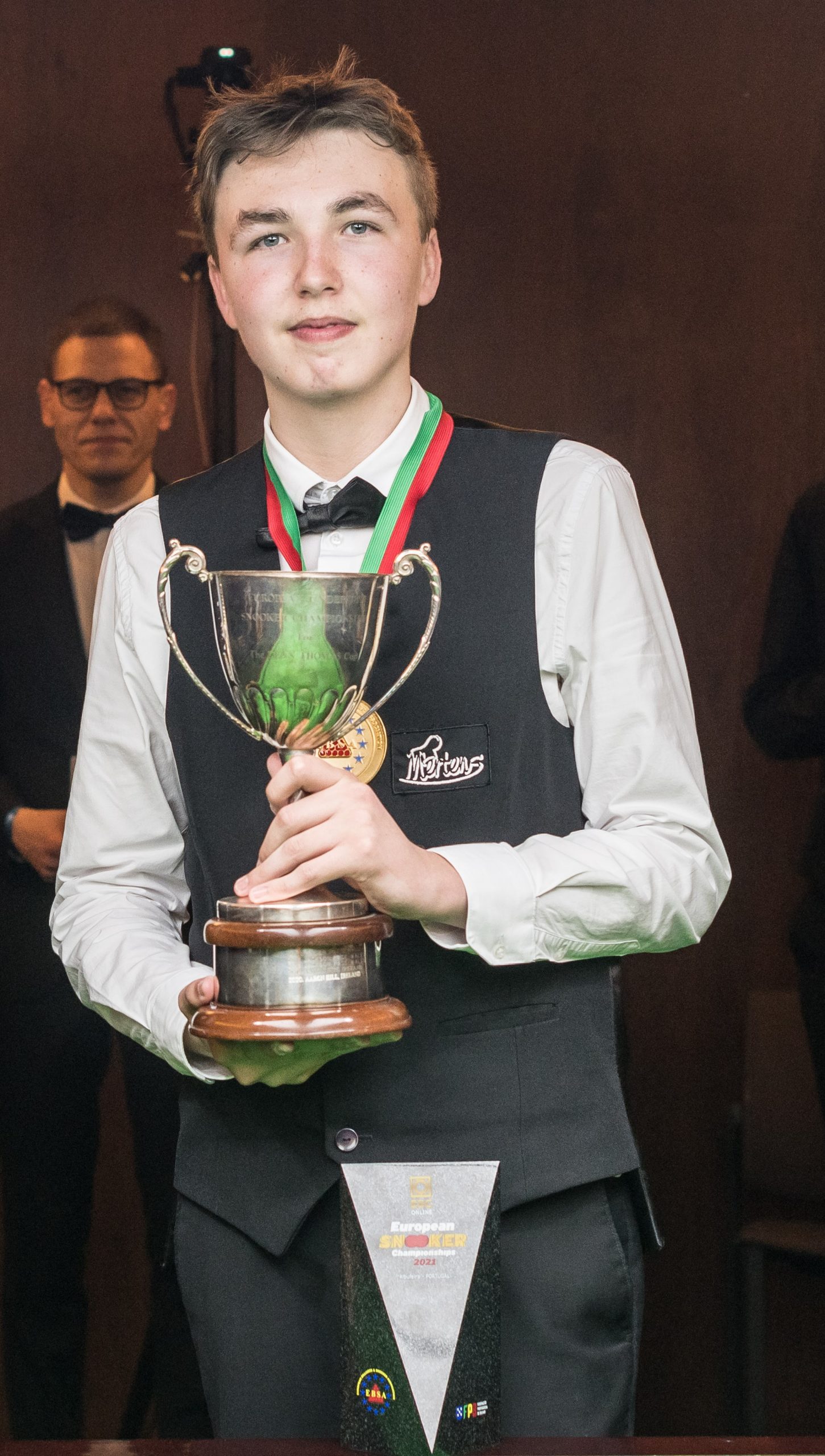 16 years old Watteren’s Ben Mertens is the U18 EBSA 2021 European Snooker Champion after defeating this Monday afternoon his fellow countryman Julian Leclercq from Belgium in the decider of the final played at Albufeira’s Vidamar Resort Hotel (4-3). 2020 semifinalist on the U18 event.

‘Tintin’ Mertens came back from 1-2 and 2-3 to succeed Ireland’s Aaron Hill as this category new European Champion, the first one crowned at Salgados in this edition of the Championships who will still celebrate eight more until October 17th.

«I’m over the Moon. It has been my dream since I’ve started playing when I was only eight years old. I hope there’s a big party back in Watteren. It could have gone both ways, Julien is a good friend but I hope this will increase people’s interest on snooker in Belgium. And now, I will try to win the U21 event too, as Aaron Hill did in 2020. It’s a dream coming true» told us the happy new U18 european snooker king after the final, remembering his third place in 2020.