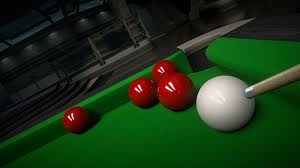 The draw for the EBSA 6 Red Qualifier is now available on the site. 20 players will contest the event which is split into four groups of five players with each country given the opportunity to send one player each.

It should be a great contest with the likes of Kristjan Helgasson, Robin Hull, Peter Bullen, Robert Murphy, Gareth Allen and many more top players all vying for the four qualifying places.

The top two players in each group will go into the quarter finals with the four semi finalists gaining their place in the World 6 Red’s in Thailand this September.

All the usual Snooker rules apply with the following exceptions:

1. There will be no more than five consecutive Foul and a Miss calls at anyone time.

2. After four consecutive Foul and a Miss calls, the referee will warn the offending player that should a Foul and a Miss be called again the following options are available to the non-striker:

(i) play himself from where the balls have come to rest;

(ii) ask his opponent to play from where the balls have to come to rest;

(iii) place the cue ball anywhere on the table, but this option cannot be taken if play has reached the “snookers required” stage.

3. A player cannot snooker behind a nominated colour at any time.