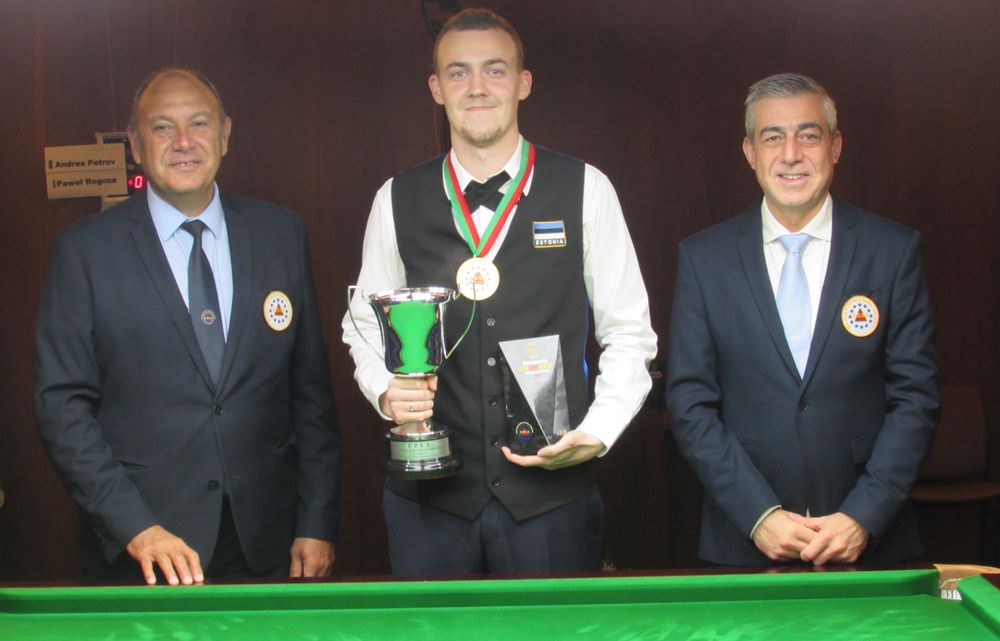 A first European title for the Estonian, who imposed his game in a decisive clash that lasted less than one hour and succeeds Ukraine’s Iulian Boiko as European king of the Six Reds.

«It’s a dream come true. I want to thank family and friends for all the support. I’ve been knocking at the door for some time and I hope it’s the first of many still to come», told us the ‘man at the hour’ in Albufeira.

Petrov is the third 2021 European Snooker champion crowned at Salgados, after Belgian Ben Mertens had won the U18 event and Welshman Dylan Emery the U21 championship. But still six more are yet to come until October 17th.

Andres Petrov received a special perpetual trophy from Federação Portuguesa de Bilhar that he will keep for one year.