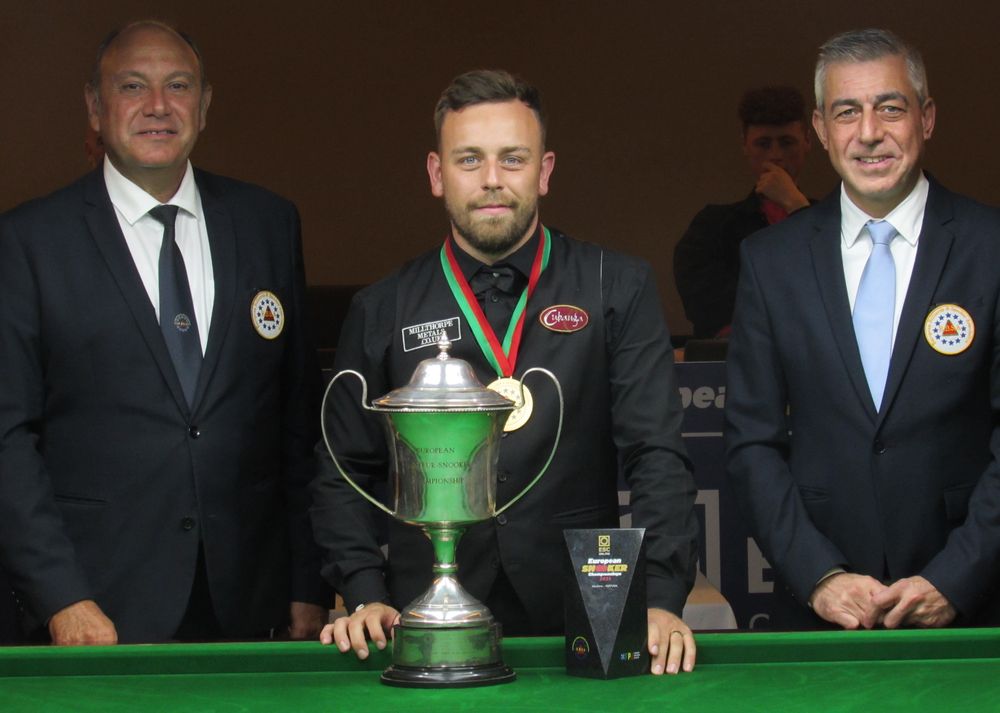 Oliver Brown succeeds Welshman Andrew Pagett as European Champion and gets the nomination from EBSA to World Snooker after a five hours battle and nine frames match where he had to comeback from 3-4 to claim the European 2021 crown.

The final was refereed by Hungarians Gergo Almási and Verónika Kóvács.

It was the fourth title awarded in nine events at the Championships, after Belgian Ben Mertens victory in the U18 category, Welshman Dylan Emery in the U21 and Estonian Andres Petrov at the Six Reds event.

«I’ve been so close of the main tour so many times that’s even hard to believe that I got it. There’s a lot of hard work in here. I wanna thank me parents, Andrew and Mandy, for all the money and support over the years, and also to my fiancée, Charlotte», said Brown after the tears from all the joy and emotions after a drilling 5 hours battle at Salgados. Seniors and Women events continue also being played this Tuesday night – round-robin stage matches, by now – this October 12th at Salgados. After the singles events we’ll have the three Teams tournaments (Men, Women and Seniors) until the 17th.