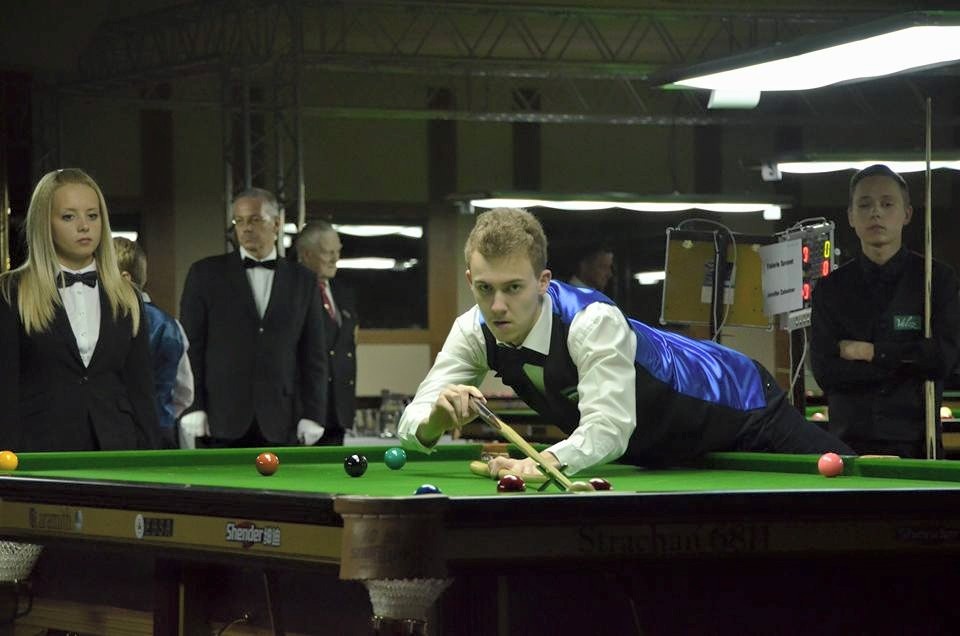 An awesome plant on the triangle of reds, in last frame, settled the most outstanding surprise of this Friday 2015 Men European Snooker Championships quarterfinals matches, with the 18 years old Anders Petrov getting all the lights on himself, after beating Kacper Filipiak 5-0 in Prague.

Petrov, who has a maximum break (147) in practice is already the underdog of the event, and will now face another of the favorites, Jamie Rhys Clarke (Wales), who beat maltese Brian Cini in the most balanced (5-4) match of the quarterfinals that just ended this Friday afternoon at the Prague’s Top Hotel.

In the other clashes, Lukas Kleckers (Germany) continues his trail to success: after beating Adam Stefanów (Poland), he just send overboard a four times finalist and 1998 European Champions, Kirstján Helgason, winning 5-3 after a great comeback: he was 1-3 down but won four frames in a row to send ‘Iceman’ back to Iceland.

In the 100 per cent England’s quarterfinal, Michael Wild ended Antony Parsons aspirations, beating him 5-3 and scheduling a semifinal place, against Lukas Kleckers, to be played still this Friday, starting at 6 p. m, best of 11 frames.