Darren Morgan produced some outstanding snooker this morning in his match against Poland’s Jacek Rudowicz as he rattled off breaks of 70, 130 and 68 to underline how hard it’s going to be for anyone to take his title.The Welshman still hasn’t dropped a frame in the championships and now has three wins from three going into the deciding match for No.1 spot in the group with Mario Van Herk from Belgium tomorrow who’s also on three wins. 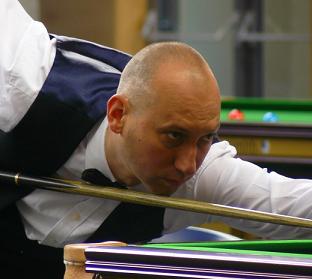 Also in the Masters section Group B is now set up for a showdown between Ireland’s Nigel Power and Belgium’s Yvan Van Velthoven (pictured) after both won their third matches in a row this morning against Urs Freitag and Darius Bublys and will play tomorrow to see who gets top spot in the group.

Marcin Kolibski also won his first match in the group this morning beating Daniel Poly 3-1 in Group H to give him a good chance of qualifying tomorrow.

Michal Zielinski posted a superb effort of 117 in the third frame of his 4-0 win over Antti Silvo of Finland and is now tied on top spot in Group K with Welshman Alex Taubman who also won this morning seeing off Daniel Kandi 4-1. 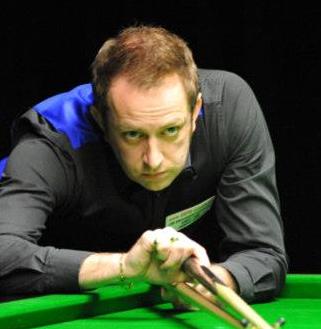 Sascha Lippe was also in fine form knocking in breaks of 64 and 85 in his comfortable 4-0 victory over 16 year old Pawal Pogoza from Poland giving him his second win of the championships and puts him in good position in Group D which looks like it could be tight by the end of play Sunday.

Group L was also busy this morning with three matches in play and Kristian Helgasson notched up his third win beating Sergiy Isayenko 4-1 to leave him tied with Belgium’s Peter Bullen who saw off Poland’s Kacper Filipiak 4-2.

Bullen (pictured) lost the first frame but a great break of 122 in the second frame spurred him on and he took the next two frames to lead 3-1. Filipiak took the next with a 76 but Bullen closed the match out in the next frame to take the win.  Arpat Pulat also won his first match this morning beating Maxime Shkundalev 4-0 to keep his hopes of qualifying alive. 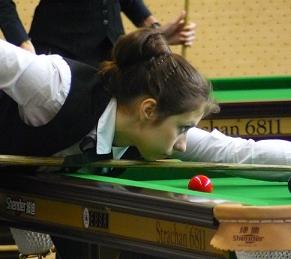 In the ladies section all the tournament favorites won again this morning with 3-0 wins for Wendy Jans, Tatjana Vasilijeva and Daria Sirotina. Wendy had breaks of 31, 59 and 39 in her game against Malta’s Roberta Cutajar while Daria Sirotina (pictured) was also in superb form against Poland’s Agata Czerwinska knocking in a great 62 break in the first frame.

Defending champion Tatjana also won her fourth match in a row beating Tetiana Prokopyszak from the Ukraine 3-0 with a high run of 36 along the way. The other match this morning in the Ladies Section saw Nikoleta Nikolova defeat Dalia Alska from the host country knocking in a 40 break on route to a 3-0 victory.