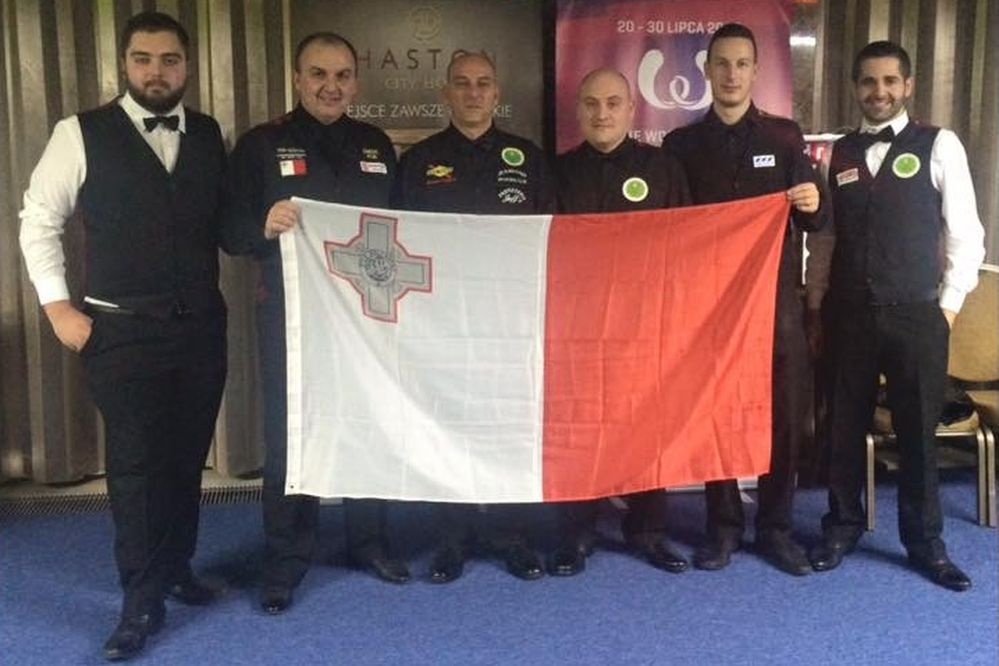 The 2005 and 2006 European Snooker Champion Alex Borg is also battling for his fifth Grand Final in this event in Wroclaw.

The 46 years old player from Malta aims to lift the cup again in Poland as he did 11 years ago when  beating Kristjan Helgason by 7 frames to 2 in that decisive match in Ostrow Wielkopolski.

A victory which the probably second most well-known Borg in the world of sport after the legendary and former Swedish tennis player repeated the following year in Romania at the summer paradise of Constanta defeating Jeff Gundy in that final by the same score.

What a way for Borg to overcome Helsinki-1999 and Wolkermarkt-2004 European championships Grand Finals defeats facing Helgason (2-7) in Finland and ‘The Pistol’ Mark Allen in Austria in a dramatic match ending in the final frame (6-7).

He is supported by a strong five men Maltese squad that has been impressive in the first days of this Wroclaw’s 2016 EBSA European Snooker Championships.

In the squad you can find the 2015 EBSA Team European Championships runner-up Brian Cini partner of Tony Drago which was played in Malta.

Simon Zammit, Philip Ciantar, Chris Peplow and Aaron Busuttill complete the Maltese fearless army playing in Wroclaw and the results they got so far spare any more comments.

Snooker is a passion and almost a religion on the island since former world amateur billiards and snooker champion Paul Mifsud – one of the few man to achieve this honor – almost lifted the first trophy in Scheveningen’88 losing only in the Grand Final to Englishman Stefan Mazrocis.