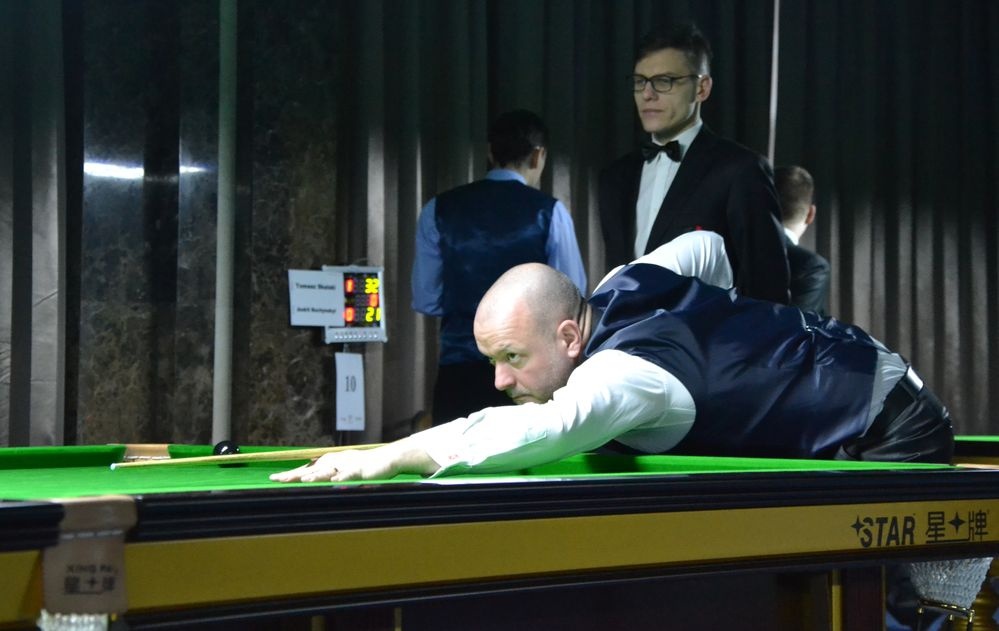 Part-time snooker player John Kennish is the only representative of the Isle of Man in Wroclaw’s 2016 EBSA Men’s European Championships.

The 43 years old player from Ramsey can be spotted long distance range due to his stylish shiny shoes and carries the burden on his   shoulders of emulating the success of his fellow countryman Darryl Hill who won the U21 championships in Malta 2015.

«We’re good friends and Darryl is a fine boy. His success brought fame to the island and helped develop snooker» told us the only man from the Isle who brought his wife Fiona to support him in Poland.

«I don’t think I can win because I generally don’t play from April to September and just before this event I practiced four or five hours a day twice a week. I’m not scared due to Darryl’s fine job last year and will just try to do my best» told us this also South Ramsey Bowls Team fearless player.