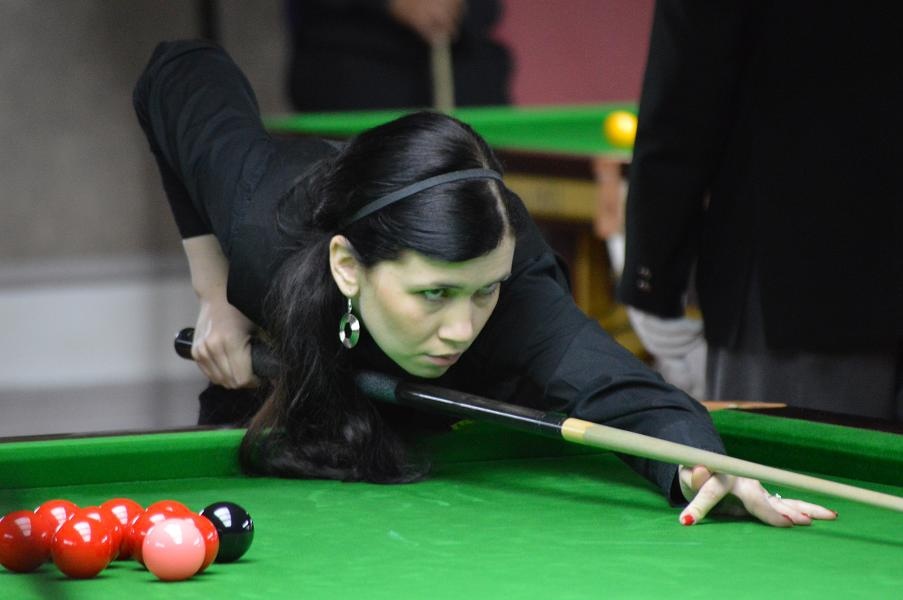 The big result of the Ladies event today was the defeat of England’s Hannah Jones to Ukraine’s Maria Bucharska. The match started late due to a runover from the mens event and when it did get underway the frames went back and forth all the way to 3-3 but it was Bucharska who took the vital deciding frame 67-37 to take the win and put her into the quarter finals.

She will now face No.1 seed Wendy Jans who had no problems seeing off her young Bulgarian opponent Jana Mitova today as she went through to the quarter finals thanks to a 4-0 win which included breaks of 30, 35 and 66.

Next up in the quarter finals tomorrow will be Germany’s Diana Stateczny against Christelle Pedat after Stateczny eventually saw off a spirited challenge by Bulgaria’s Nikoleta Nikolova 4-3.

The German had been leading 3-1 only for the Bulgarian to level with the help of a black ball game in the 6th. The German showed her experience however and held out for the win 70-35 in the final frame.

The final match up will see the England’s Vicky Carter, the current WLBSA Secretary up against Last years runner up Anastasia Nechaeva from Russia. Both players had solid 4-0 victories today over Diana Schuler and Manon Melief respectively.

View the Full Draw and Results here. The quarter finals will take place tomorrow at 10am.