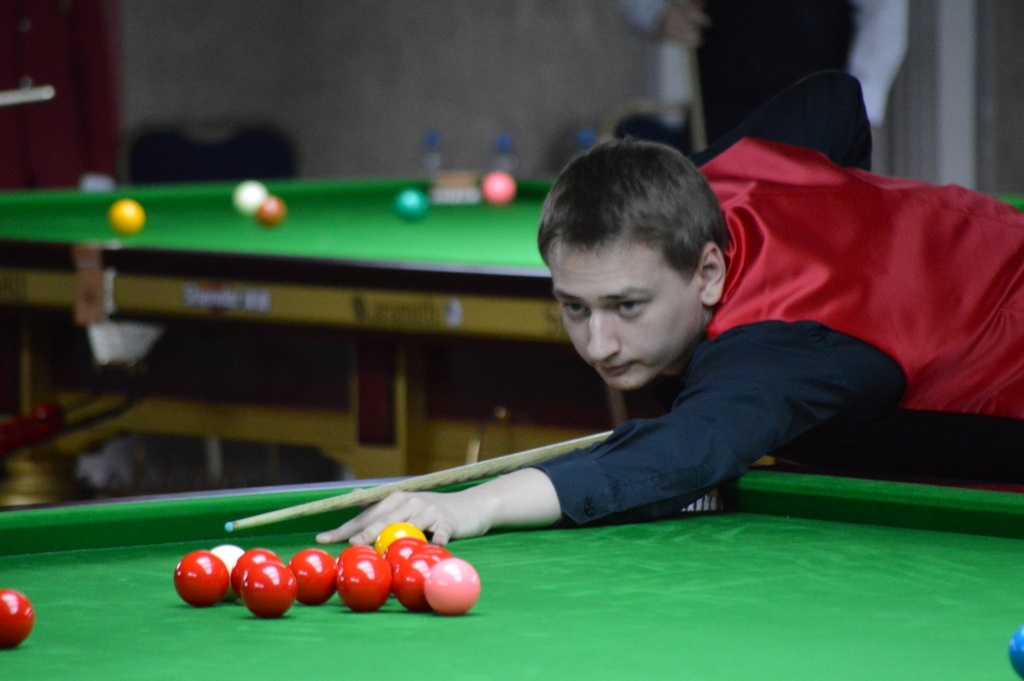 Austria’s Andreas Ploner had the biggest win of his career tonight when he beat Irish junior Josh Boileau 5-3 to reach the quarters for the first time. Ploner has been playing well all week and tonight was no exception as he matched Boileau to 2-2 with some impressive snooker by both players. Ploner knocked in a 68 in the first and Boileau then rattled in a superb 100 in the third frame.
Boileau took the next frame to go 3-2 but Ploner leveled again at 3-3 before taking the next 70-10 and a 68 break in the last was good enough for the win and put him through to the quarter finals.
Ploner will now face Duane Jones in the quarters at 10am tomorrow after Jones saw off Germany’s Roman Dietzel 5-2 tonight. Dietzel held with Jones until 2-2 and then the Welshman stepped up a gear and rattled off the next three frames for the win.
Earlier on England’s John Whitty had a 5-0 victory over Ireland’s Jason Devaney and he will now face Iceland’s Kristján Helgason in the quarter finals tomorrow morning. Helgasson had breaks of 52 and 82 on his way to a 5-2 victory over Scotland’s Eded Sharav.