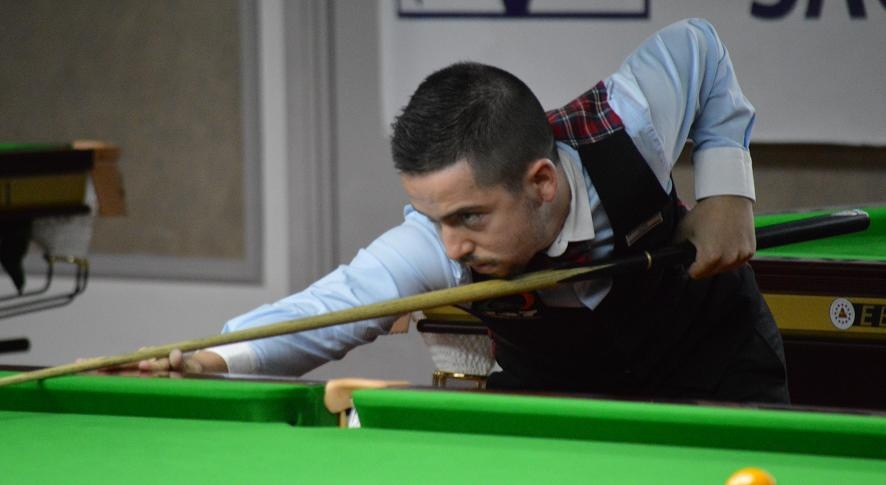 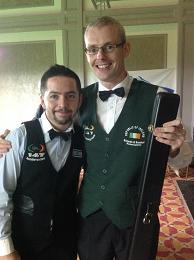 Israel’s Shachar Ruberg produced an outstanding performance late on Monday night to defeat Ireland’s Rodney Goggins 5-3 and reach the quarter finals of the European Men’s Championships. Goggins took the first frame but the youngster leveled with a great 78 break before Goggins took the lead again with a 66 break.

This is when Ruberg stepped it up a gear or two as he knocked in a superb 121 clearance and then followed that up with a 107 break, the first back to back century of the championships. Goggins then rallied and clawed a frame back before Ruberg took the 7th frame on the black before finally sealing the victory winning the last frame 87-39.

Ruberg will now face Nick Jennings after he saw off Bulgarian Ivailo Pekov 5-1 ending the host countries participation in the tournament. Jennings fellow country mate Mitchell Mann also made it through to the quarter finals as he defeated last years runner up Gareth Allen 5-2 with breaks of 61 and 65 along the way.

The final match to come to completion tonight was that between Welshman Jamie Clarke and Ukrainian Sergiy Isayenko. Both players traded blows frame by frame with none of them able to put any daylight between them all the way up to 4-4 which included breaks of 94 for Sergij in the 2nd and Jamie in the 6th frames. The final frame was a tense affair but with a large crowd watching the Welshman held his nerve and won it on the blue running out a 58-31 winner.

Clarke will now face Mitchell Mann at 10am on Tuesday morning in the best of 9 frame quarter final. View All Results