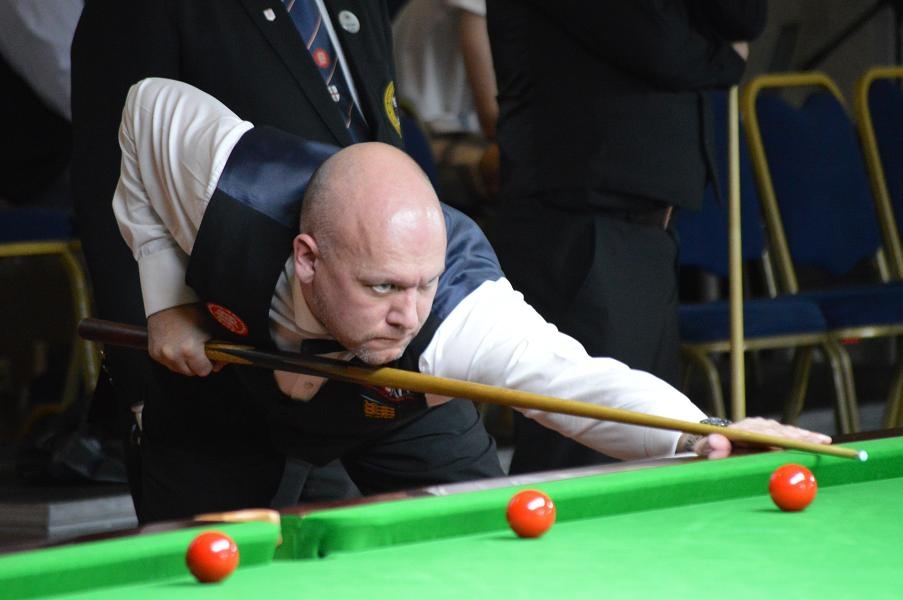 Tuite took an early 3-0 lead thanks to some solid breaks of 42 and 43 but Rune Kampe pulled one frame back before the interval. Kampe won the next on the black but Tuite restored his two frame lead taking the next frame. The 7th frame saw Kampe break down on 67 and Tuite then cleared up in style with a superb 69 to take the frame and match.
Morgan started on fire against Tom Gleeson knocking in breaks of 72, 52,48, 41 and 50 in the first four frame to take a 4-0 lead at the interval. Gleeson rallied with a superb 109 to claw one frame back but Morgan inevitably ran out a 5-1 winner taking the final frame 60-22.
In the other Masters Quarter finals No.1 seed Jamie Bodle ran out a 5-2 winner over Ireland’s Tom O’Driscoll. Bodle opened with a 54 to take the first and O’Driscoll leveled with the help of a 43 in the next.
The Englishman then went 3-1 up before the interval but O’Driscoll pulled one back with a solid 44 break. Bodle won the next and then took the match on the colours in the final frame 61-46.
The other match saw Belgian Alain Vandersteen defeat Ukraine’s Alan Trigg 5-3 as he finished off with a 59 break in the final frame. Vandersteen will now face Bodle in the Semi Finals at 4pm local time.