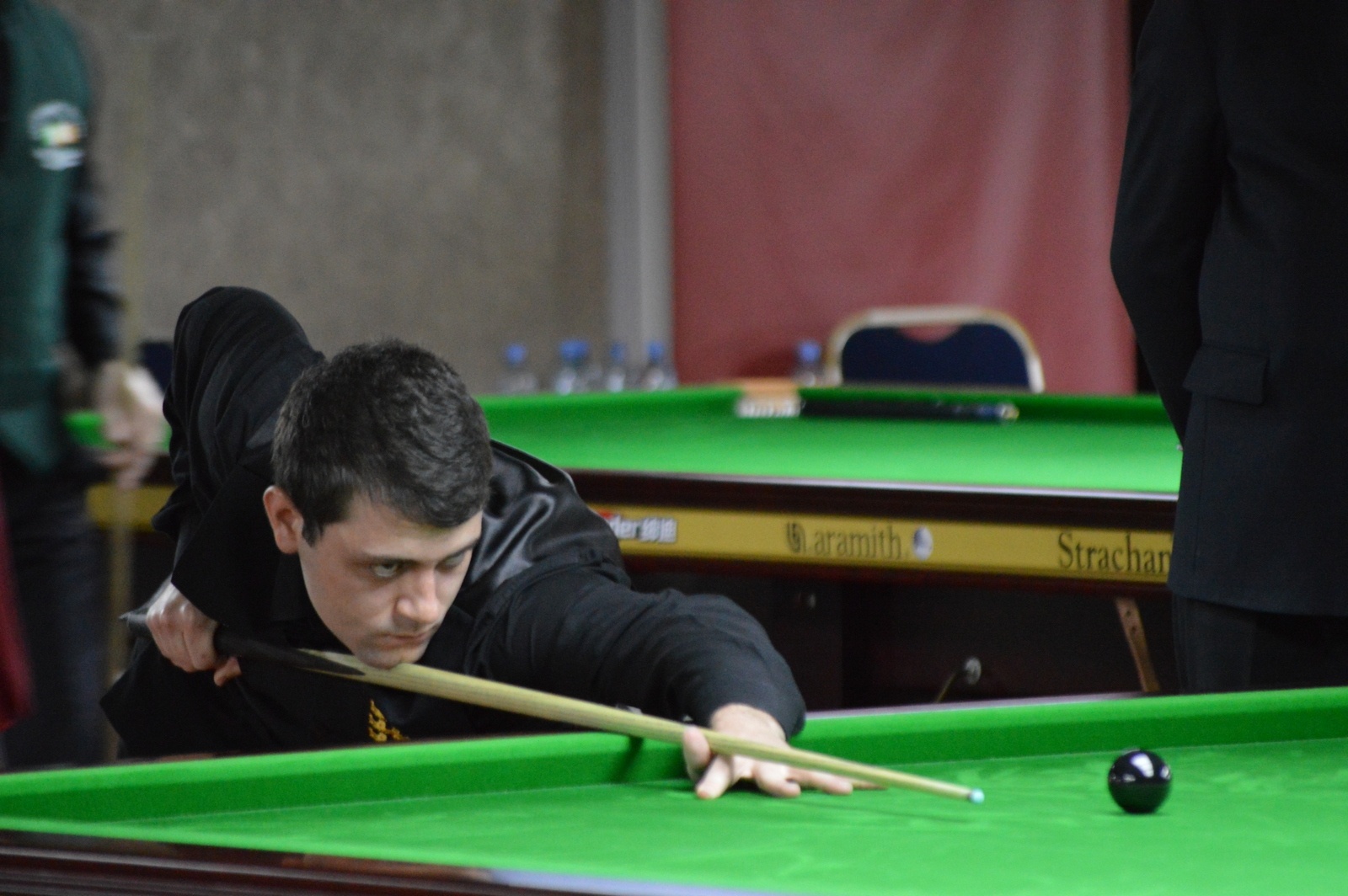 Mitchell Mann is through to the semi finals of the European Mens Championships after a convincing 5-1 victory over Welshman Jamie Clarke. Mann will now face Duane Jones who is through to the semi finals after Adreas Ploner ran out of steam after his exploits over the past couple of days. Jones opened with a 54 break to take todays first frame but Ploner replied with 67 in the next and then took a 2-1 lead only for Jones to knock in a 57 to draw level at the interval.

A 61 for Ploner regained the lead and when he went 4-2 ahead it looked like Jones was going out of the tournament. The Welsh junior dug deep however and took the next three frames with ease to seal his place in the semi finals this afternoon against Mann.
In the bottom half of the draw it was another solid 5-0 win for John Whitty this morning as he booked his spot in the semi finals of the European Championships. The Englishman defeated Kristján Helgason and finished off with a great 72 break in the final frame and will now face his fellow Englishman Nick Jennings who beat Israel’s Shachar Ruberg 5-3.
The semi finals will get underway at 4pm local time.