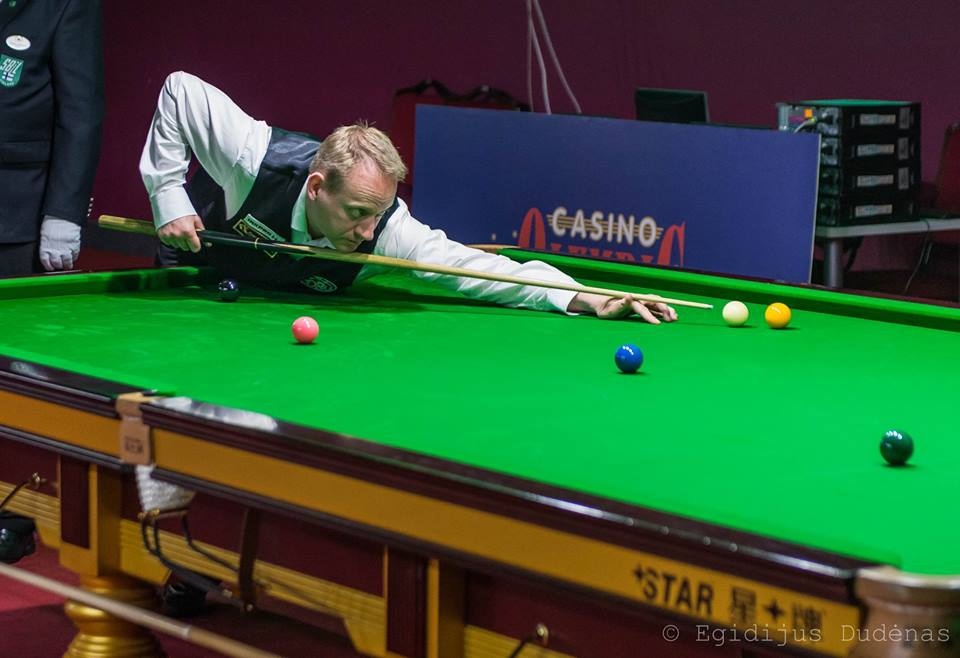 As the cues were laid down in their cases, day 3 of the Vilnius-based tournament came to a close. The sun broke the dawn, as players packed their weapons of choice and returned home to rest.

The evening session saw Ladies and Masters proceed with their group stages. Amongst the ladies, in a couple of lopsided affairs, France’s Vialard and Sikorska, Belarus’ Toumilovitch, Belgium’s Dehaene, Ireland’s Mill and Latvia’s Prysazhnuka secured their first wins.

The recently crowned champion Darren Morgan continued his clean sweep, while the Masters locked horns in a couple of tense decider matches. The night saw Turkey’s Leysi forced to yield to Finland’s Lehto, Russia’s Saveljev nearly nicking the game from Austria’s more experienced player in Mullner, while Poland’s Murat scored an upset win over Ireland’ s Bateman 3-2. It was a good night for the Poles as Jewtuch and Kowalski added another victory each to their bank.