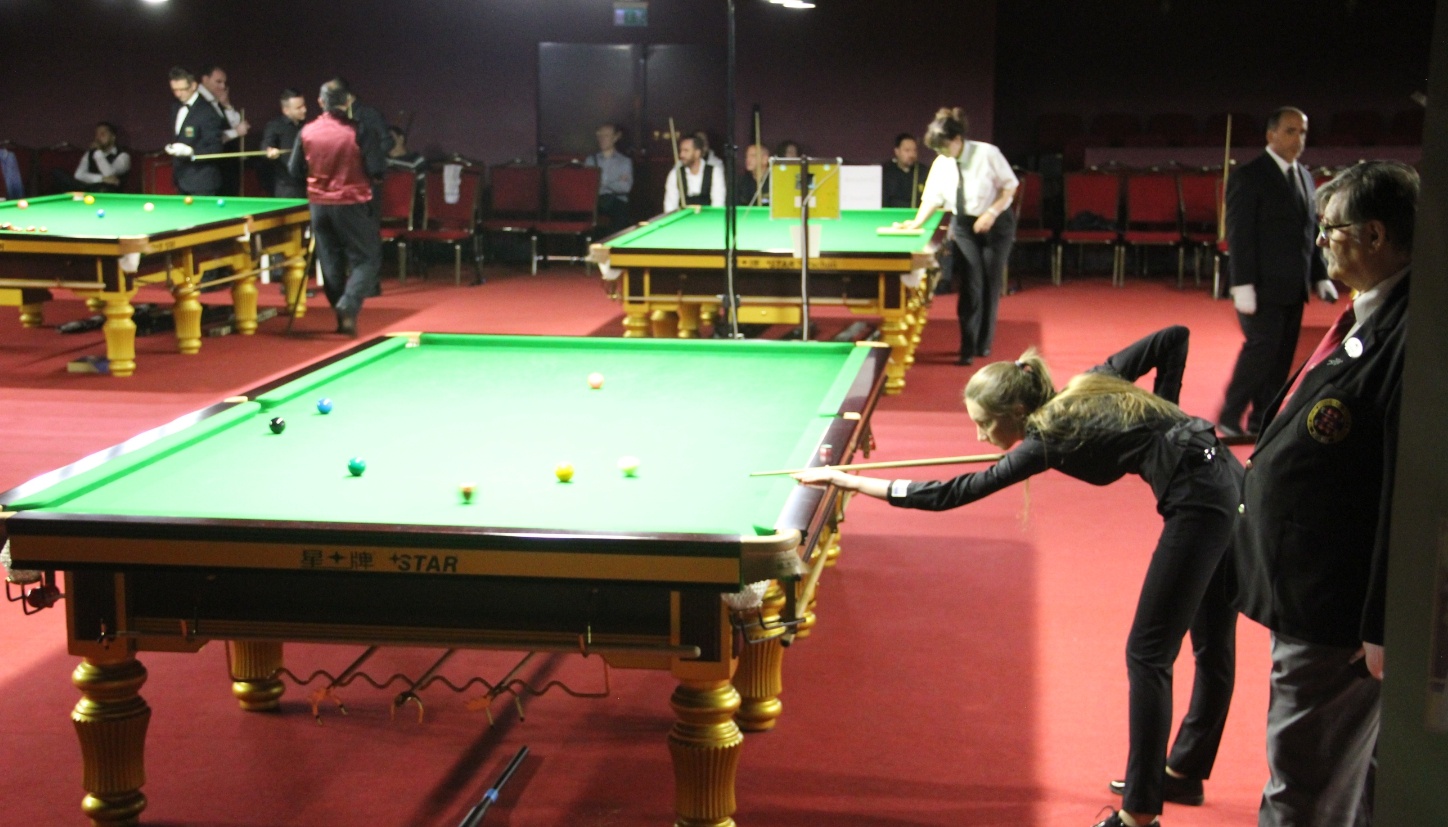 The morning saw teams from neighbouring nations settle their differences on the baize. 6 reds’ champion Mateusz Baranowski and former WPBSA Main Tour player Kacper Filipiak left no hope for Lithuania’s brother/father duo. The British derby between Bodle/Owens of England and MacGillivray/McAllister of Scotland ended in a nail-biting fashion 3-2 in favour of the former. Benelux region saw their representatives in Belgium’s Van Herk/Meubis and Netherlands’ Melief/Bertens clash, ending by the same scoreline with a victory for the Belgians.

Amongst the Ladies, Belarussian duo of Toumilovitch/Shut started the day by ousting their Irish opponents, Mill/Sherwin, 5-0. For the Polish, the highs of yesterday’s night were followed by the lows of today, as Wojtecka/Szczepanska and Alska/Sikorska were forced to accept defeat at the hands of Israel’s Troyanovski/Kurbakova and Latvia’s Vasiljeva/Prysazhnuka respectively.