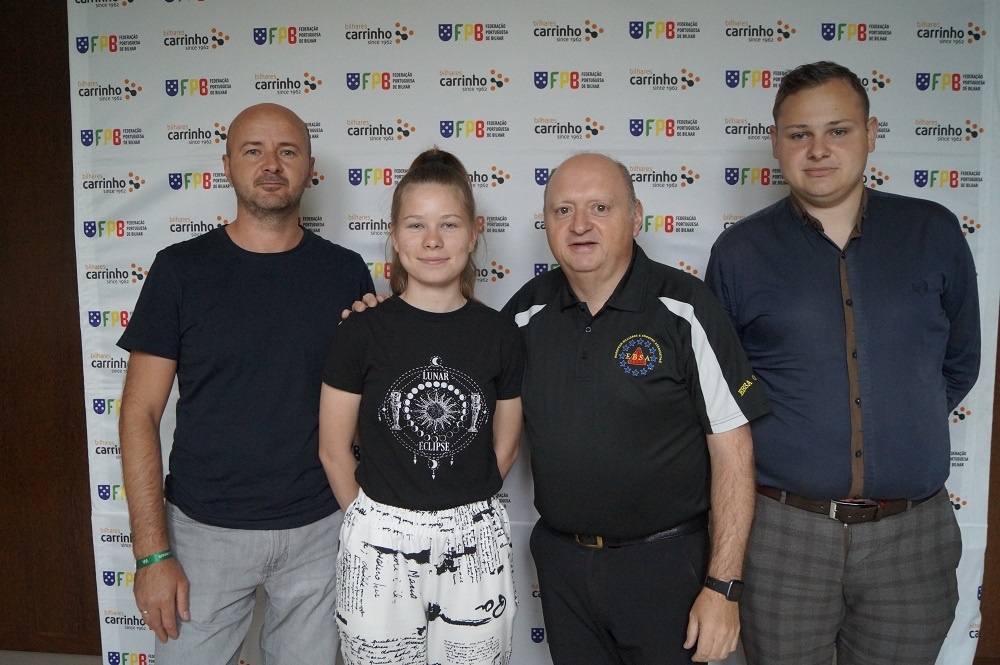 EBSA Head of Coaching PJ Nolan held his fourth day of Cue Zones at the Albufeira’s Vidamar Hotel Resort in the Algarve on the 10th of October here in Portugal at the 2021 European Mixed / Men’s Snooker Championships.

PJ worked today with a number of players from Israel, Germany, Sweden, Albania, Russia and Belarus. All players really impressed PJ with their commitment. All the players said they really enjoyed their lesson with PJ. Each player who attends PJ’s Cue Zones this week will receive a Training Booklet to help them improve their Practice game.