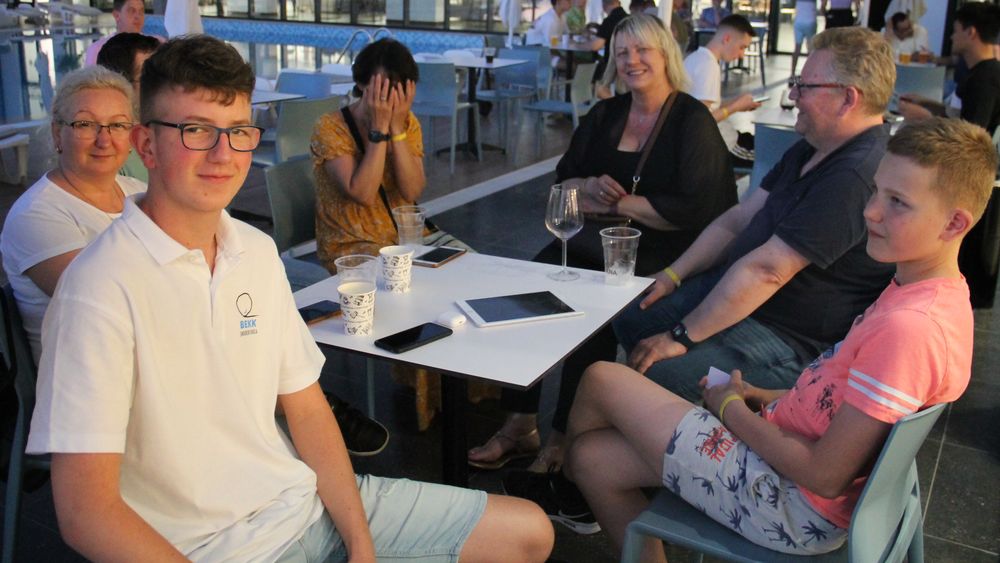 Hungarian’s Erik Nagy turned 17 just this Monday and celebrated with relatives and friends his birthday already enjoying the last hours of decompression at Shengjin before the U18 EBSA 2022 European Snooker Championships begin and making a special wish while blowing the cake candles: to go through on round-robin stage of the U18 tournament, which will start on Tueday morning June 7th at 10 a.m. local time (Central European Time, 9 a.m. in the UK and Portugal).

The Hungarian star has learned with the experience in Albufeira’s EBSA 2021 European Snooker Championships and comes with «more confidence» to try to get at least one of the two top final standings in Group R in order to advance straight to the knock-out stages of the U18 competition. He has the all three matches, facing England’s Aidan Murphy, Latvia’s Mareks Cipsts and Germany’s Paul Jonas Engelen to follow his dream, as a start, on Tuesday June 7th.

A relaxing moment and a celebration, welcomed by all the newcomers arriving at Shengjin Delfin resort for the European Championships like the Belgium U18 and U21 2021 European Snooker Championships runner-up and Men Teams champion Julien Leclercq, who managed to get one crowd at a third last year’s championship’s final playing with Kevin Hanssens.

The super transfer and welcome team from the Albanese Snooker Federation has providing support to all the competitors arriving at Tirana’s airport and welcoming each and single one of them with all the assistance, such has every hotel staff personnel. And in a race against the clock, the table-fitters did their magic working hard this Monday and everything should be shining for Tuesday morning kick-off of the U18 competition, with the round-robin stage and the frame difference as main criteria to go through to the direct elimination matches level.