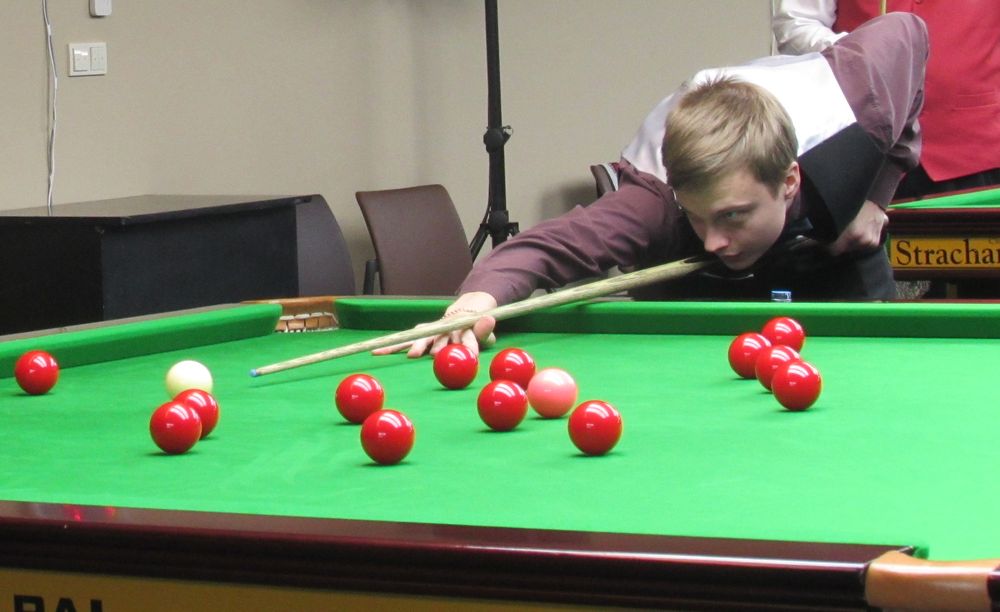 During frame 2 of Last 14 round match facing Portugal, Kakovskii alerted Portuguese Henrique Correia that he was playing the wrong ball and that he should play the yellow after he had a free ball and nominated black ball, which he potted, already with no reds on the table.

This new award was given do reward the perfect gentleman behavior and fair play from the Russian, after an idea from Algarve’s district representative adopted immediately by the President of the Portuguese Billiards Association and EBSA vice-president, Ricardo Salgado, and EBSA welcomes her from now on.

The trophy will be awarded from now on permanently every year in the EBSA European Snooker Championships to reward the civilized way of snooker and an outstanding fair play, like Ivan Kakovskii did to his opponent: Henrique Correia eventually still won that frame 2 for Portugal the same way but Russia advanced to quarterfinals beating Portugal in the decider’s black ball.