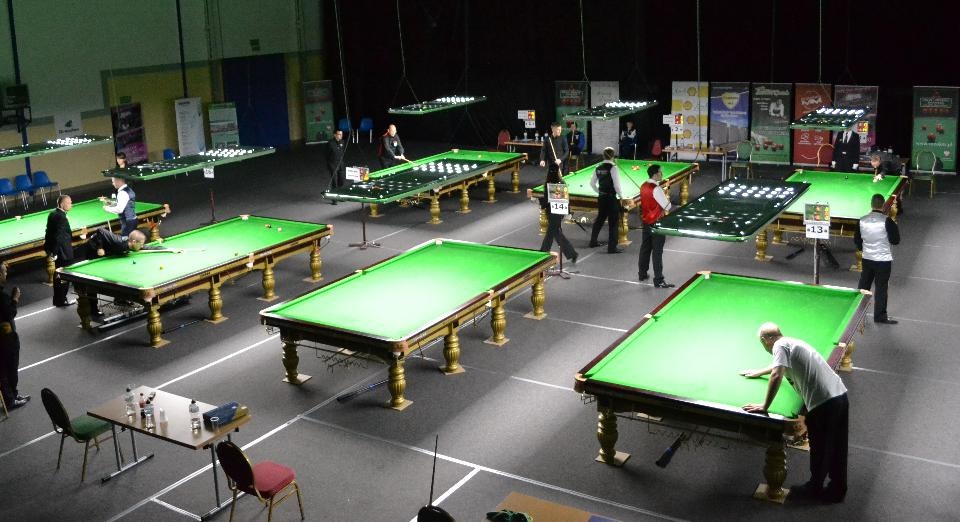 Robin Hull produced some superb snooker this evening here in Zielona Gora on his way to a 5-3 win over Israel’s Shachar Ruberg. The youngster was one of the stars of the week however despite knocking in an 89 break in the second frame and picking up two more he just could not stop Hull who rattled in breaks of 55,123,51, 80 and 63.

Duncan Bezzina continued his good run also as he saw off the local challenger Adam Stefanow 5-2. Duncan had breaks of 50 and 73 to go 2-0 up only for Adam to claw his way back to 2-2 before Duncan took the next with a 50 break and then took the next frame before closing out the match with a break of 75.

Duncan will now face Roy Stolk in the quarters after he beat Jason Devaney of Ireland 5-1 with a superb 89 in the final frame to finish in style.

The other two matches finished at this point saw John Whitty progress thanks to a 5-3 victory over Roman Dietzel also scoring well with breaks of 93 and 81. Wales will also have a representative in the quarters with Gareth Allen beating Michal Zielinski 5-2 despite Zielinski knocking in breaks of 63 and 65 to go 2-2 only for Allen to take the final three frames for the win.