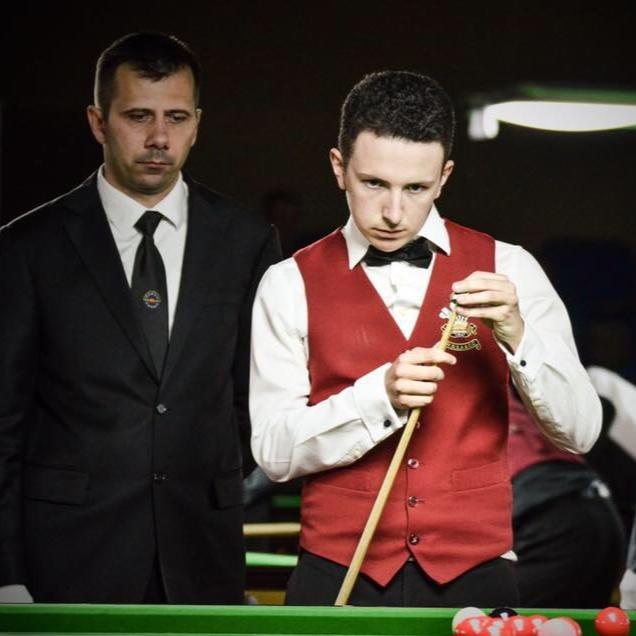 The 2015 European Snooker Championships round-robin stage is coming to its end this Tuesday, and tournament EBSA director and officials already defined important issues, such as number of frames to be played from now on, and timetables for rounds and sessions still to come.

If, in knock-out stage, the place in the group, no losses and frame average (frame difference divides by matches played) were used to select the ones to continue on the three competitions (random digit was the last option), things are defined until the end of the competition.

In Men’s competition, Last 64 and Last 32 rounds will still be played similar to round-robin stage: best of seven frames (four needed to win). Last 16 and quarterfinals will be played best of nine frames, requiring the players to win five to go through.

Ladies will still be playing best of five frames, like in group phase (three frames needed to win) in Last 16 round. Quarterfinals and semifinals will be played best of seven frames (four frames needed to continue for the most wanted match), and the Grand Final will be player best of 11 frames: the future european queen will have to win six frames.

Concerning to Masters event, Last 33, Last 32 – the 33th and 32th in ranking will have a play off match this Tuesday night, starting 20 hours local time in Prague (one hour less in the UK) – will be played best of seven frames, requiring the over 40 aged players to win four to continue in the competition.

Also defined is the calendar until the end of the competition, such as the sessions. Wednesday, June 10th, Men’s Last 64 round wil be played at 10 and 12 hours sessions. The third session is reserved for Masters Last 32 round, starting at 15 hours. The fourth and last session on Wednesday will be fulfilled with Men’s Last 32 round matches, from 18 hours, at the Top Hotel, in Prague.

Thursday (June 11th) morning session, at 10 hours, will have Ladies Last 16 and Masters Last 16 matches. Masters Last 16 will be concluded on Thursday afternoon, with the beginning of the matches scheduled for 13 hours.

Quarterfinals of Men, Ladies and Masters competition will took place next Friday (June 12th) morning, at 10 hours local time. The semifinals of the three events will start at 18 hours, the same day.

The Grand Finals of Men, Ladies and Masters 2015 European Snooker Championships will be played Saturday, June 13th, starting at 10 hours.