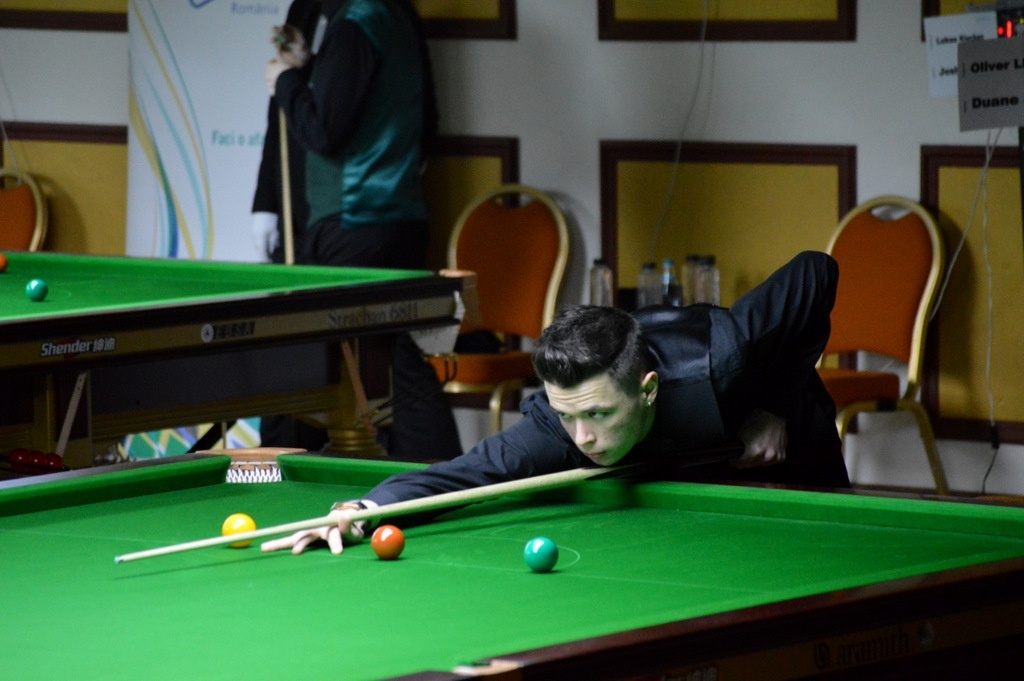 Oliver Lines will face Ireland’s David Cassidy in the semi finals later on this afternoon after the duo made short work of their quarter final opponents. Lines saw off Duane Jones 5-1 in a high quality match that started with Lines knocking in a 71 in the first frame only for Jones to respond with a 73 to draw level.

A 50 break in the next for Lines took him into the lead and he won the next on the black ball. He extended his lead further taking the next frame with ease before finishing the match off 76-49 in the last frame.

His opponent Cassidy won his his match 5-0 against the German Sascha Breuer who never really looked like troubling Cassidy who has been in superb form all week. Cassidy took all the frames with relative ease and finished out the match with a solid 54 in the last.