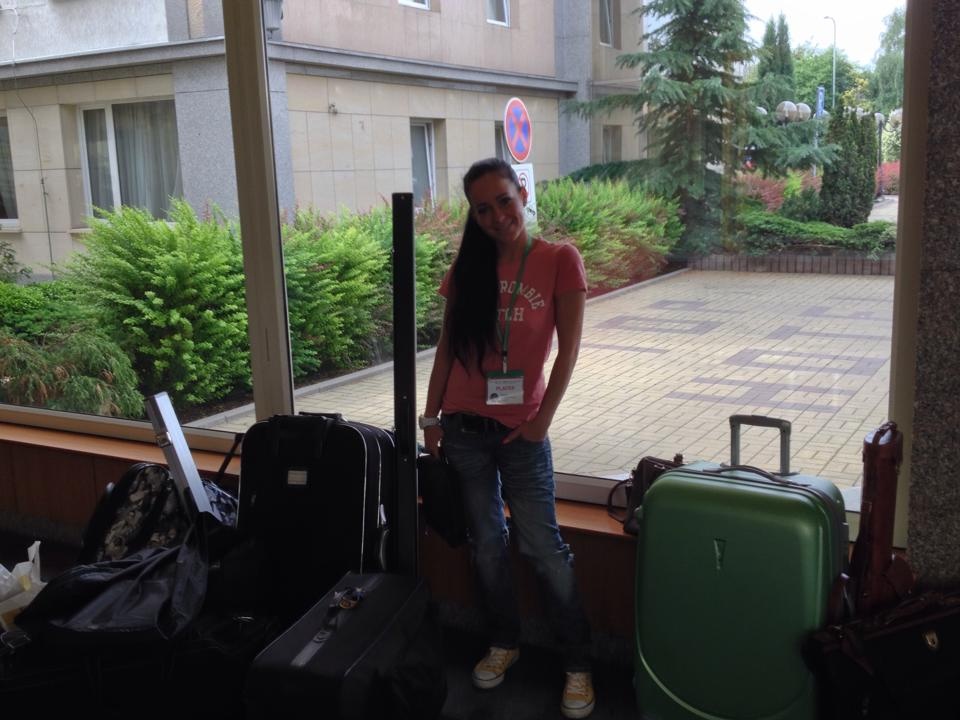 The number of players reduced dramatically as the knock-out stages go through, and from the initial 2000 players, by the end of this Thursday only 24 will survive for the last two days final and decisive stages of the competition.

That means that by now more than 150 players have packed their things and got back home, certainly with memories they won’t forget for the rest of their lives. Bumping into people hugging, saying goodbye or joining for the last selfie became a national sport around this area.

A good sample of that, the large number of bags near Mónika Vantara Stenócz, aged 27, while the Hungarian player waited for her transfer to the airport.

«Was a good experience, loved it. Made a lot of new friends, improved que quality of my playing, miss you all already, boys and girls», told us Mónika, in her way back to Budapest. And it’s good to remember that a record of 38 countries were represented with players in this championships.

Not qualified for knock-out stages, Mónika still won one match (3-0), against Malgorzata Sikorska (Poland), and has a lot of stories to tell her grandchildren one day. We all have. Thanks to snooker.