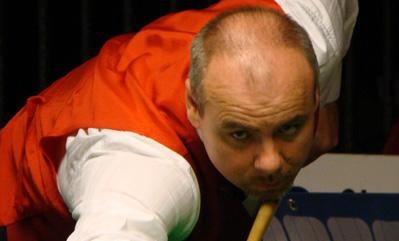 Defending champion Darren Morgan will face his fellow countryman Ian Sargeant in the semi finals of the European Masters event after he ended the hopes of Poland’s last remaining player Rafal Jewtuch 4-0 this morning.

Morgan knocked in breaks of 46,43 and 71 in the first three frames in no time at all and will now face Sargeant who also opened well in his match with two breaks of 44 in the first two frames of his 4-0 victory over Rune Kampe.

The bottom half of the draw saw Costas Konnaris of Cyprus level with Hungary’s Pal Vantara before pulling away in the next two frames and finished off with a 65 break in the last frame.

He will now face Alan Trigg who ended Frank Sarsfield’s run in the event with a 4-1 win. With Alan 2-1 ahead the fourth frame went all the way to the black with it going Alan’s way for 3-1 and he then took the final frame with ease to progress to the semi’s