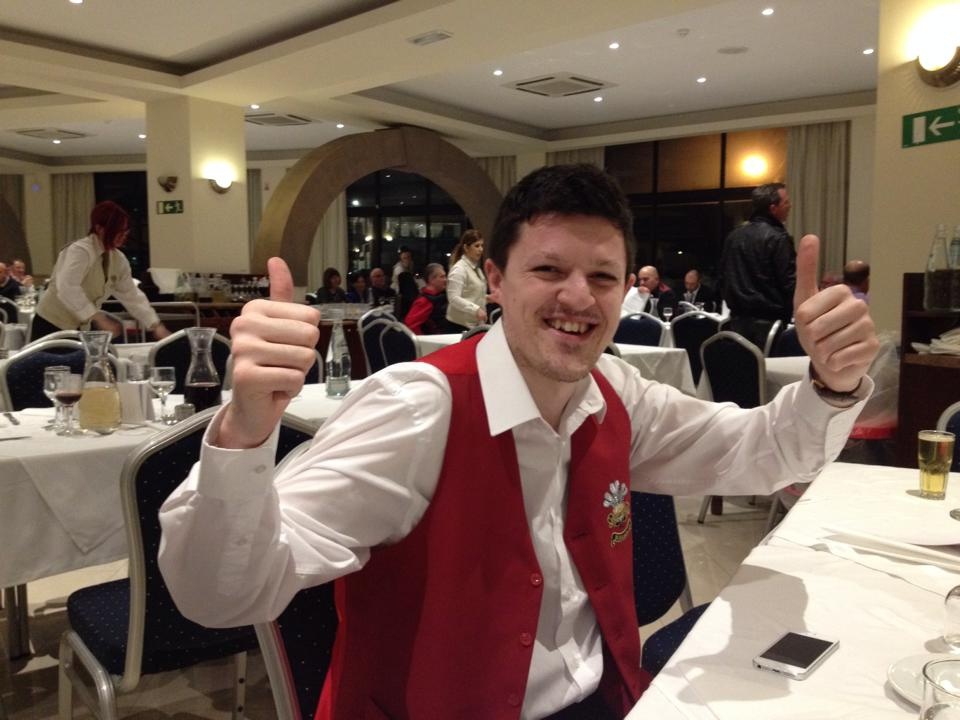 Probably the first winner of the competition, without playing a single shot, answers by the name of Alex Taubman.

The 25 years old welsh player, who’s in St. Paul’s Bay with Sam Thomas as partner in the European Snooker Team Championships (Men), struggled to be in the event and had only practiced «for five days» before arriving to Malta, due to a severe health problem.

Six weeks ago, doctors detected a severe situation on his left lung. «They say it’s because I’m too tall and skinny. They took muscle from my back and chest to reenforce left lung’s zone, by a surgery. I had been a week in the hospital, and six more laying at home to recover», he revealed.

«So you can imagine how it feels good, even with only five days practice, last week, how good it feels to still be able to play this European Championship», told us a smiling and happy Taubman, who has no back history of this kind of health issues on his family… and hopes it wont happen again. It’s very good he’s here in Malta, and already made history. Even if he doesn’t score a single point or win a single frame.