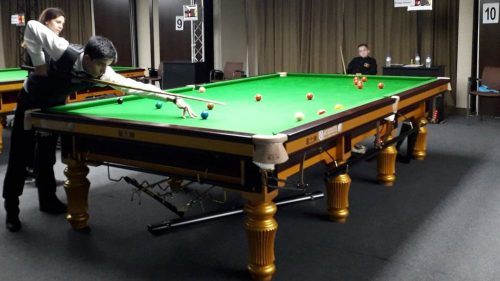 Ten different countries still on the run for U18 European Snooker Championships at the beginning of Last 16 Round. After Jackson Page have won it twice and Tyler Rees before him, the surprise is the absence of welsh players in this stage already.

England manage to get four places in Last 16 but Belgium, Ucrania and Scotland have two competitors at this advanced stage of the competition.

Hungary, France, Poland, Lithuania, Romania and the 2019 U18 European Champion Aaron Hill can stil dream also about conquering the trophy on Tuesday: Irishman and defending champion Aaron Hill was the first to go through to the quarter finals beating Scottish Lion Graham fast and furious 3-0. Follow the latest updates, results and scores of Last 16 round in livescore.

Quarterfinals are to be played also still this Monday but format increases the level: best of seven frames.