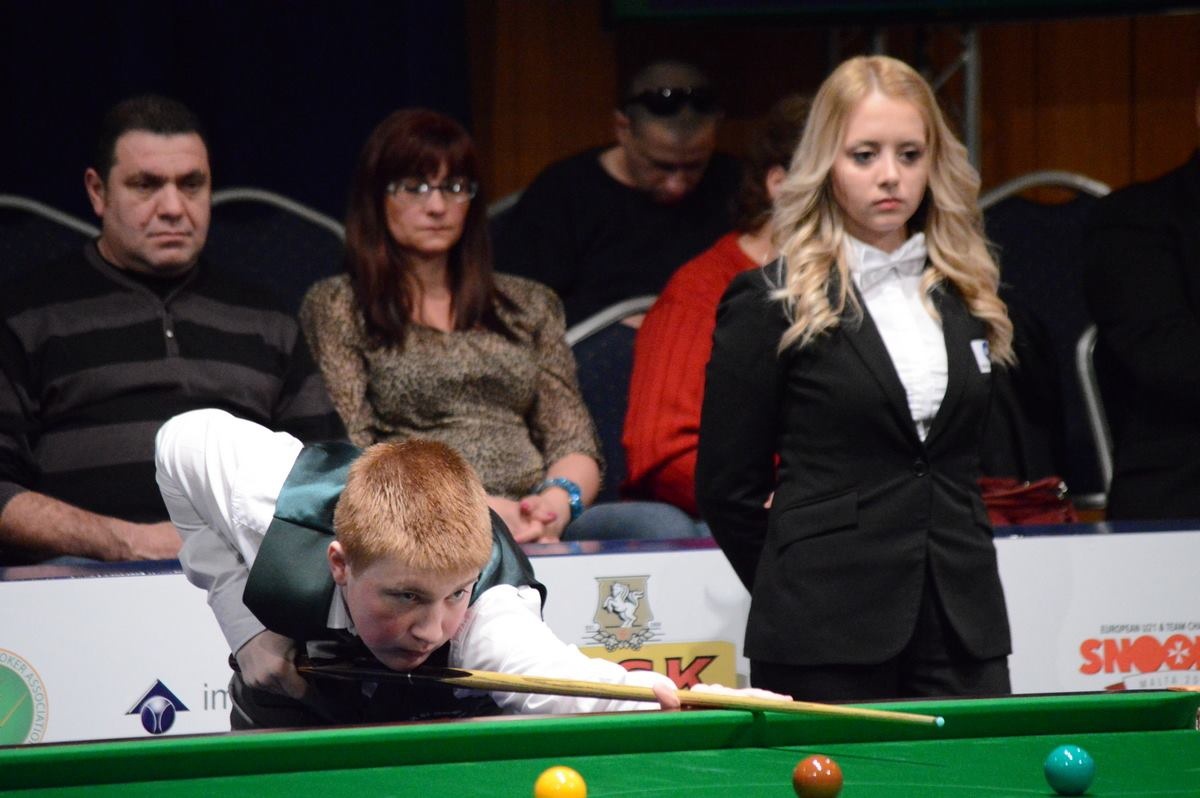 Scottish Chris Totten and english Jordan Winbourne joined the restrict group of rising stars with there victories in round-robin stage of the U21 European Snooker Championships that take place in Malta, getting both their third victory in a row.

In Group E, Totten leads confortably and booked already a seat in last 64. With only one win, and struggling to go through, appear polish Patryk Maskowski, swedish Arpat Pulat, swiss Julian Serradillo and belarus Vladlislav Kalinovski.

Jordan Winbourne defend English standards and lead in Group F. Behind the qualified, with two wins, come the belgian Kobe Varoppen and the swedish Simon Lindblom. The polski Michal Kotiuk still has his chances to qualify for last 64, even with only one win until now

The four first in each of the 16 groups will qualify (a total of 64 go through), with the group winners seeded for next stage.

In Group G, welsh Tyler Rees, with two wins, is also in a good spot. Polish Mateusz Baranowski, german Umut Dikme, Patrik Sedlak and Tim De Ruyter (Netherlands)  have one and stil can dream about the maximum title.

The Scottish Rhys Clark, the Lithuanian Vilius Schute and the Romanian Maio Anza, with two wins each onde, won two matches in Group H and surely will be also in next phase.